FOX 29's Bill Rohrer has more on an 8-year-old barber who clips hair for family, friends and the community.

PHILADELPHIA - Most people would be a little nervous if they sat down in the barber's chair and an 8-year-old picked up the clippers, but Neijae Graham Henries isn't your typical 8-year-old.

"I've been cutting hair for about a year," Graham Henries said.

Neijae learned the basics from the Junior Barber Academy in Philadelphia, where she was the youngest in her class. She continued to sharpen her skills under the tutelage of barber Fred Cottman. 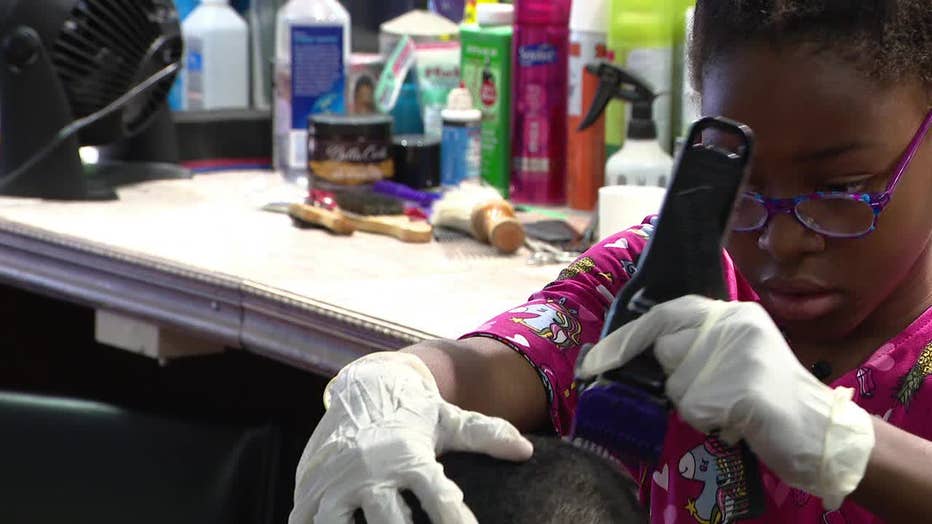 "You just need the willingness to learn and not be afraid to make mistakes," Cottman said.

So far, Naijae has given over 30 haircuts to family and friends. In her spare time she helps the community by giving free haircuts to those in need.

"She really taught me to listen to my inner voice and not be able to try new things," Naijae's mother Jamie Graham said. "She is a girl and she is interested in barbering, so a lot of people give her a side-eye because she isn't playing with dolls."

Jamie says she supports her daughter exploring new things and encourages her to try what she's interested in.

"If she is drawn to something, as long as it's healthy, I help to nurture that interest." Jamie said.

Naijae says she one day hopes to be a sceintist, but her dream customer is Lebron James.