PHILADELPHIA - Philadelphia Police Commissioner Danielle Outlaw has had a tumultuous first year on the job. Since coming to the city from Washington in February, Outlaw has juggled several unprecedented issues that have caused some to challenge her response.

Chaos erupted almost from the moment Commissioner Outlaw was sworn in on Feb. 10th, 2020. Gun violence skyrocketed, massive demonstrations that sometimes turned violent spiralled the city into chaos and the ongoing coronavirus pandemic kept the world on halt.

On Good Day Philadelphia Thursday morning, Commissioner Outlaw reiterated that she has no intentions of resigning. Last week, she added that Mayor Jim Kenney had not asked her to resign.

"That happened in the summer, several months ago. Almost in real-time, there were a lot of lessons learned," Outlaw said. "We adapted, we adjusted, we were introspective and we implemented necessary changes. I think we've seen that what occurred over the summer hasn't happened again. I think one of the biggest things we need to take away from this is that we adapted and we were willing to acknowledge where there were missteps." 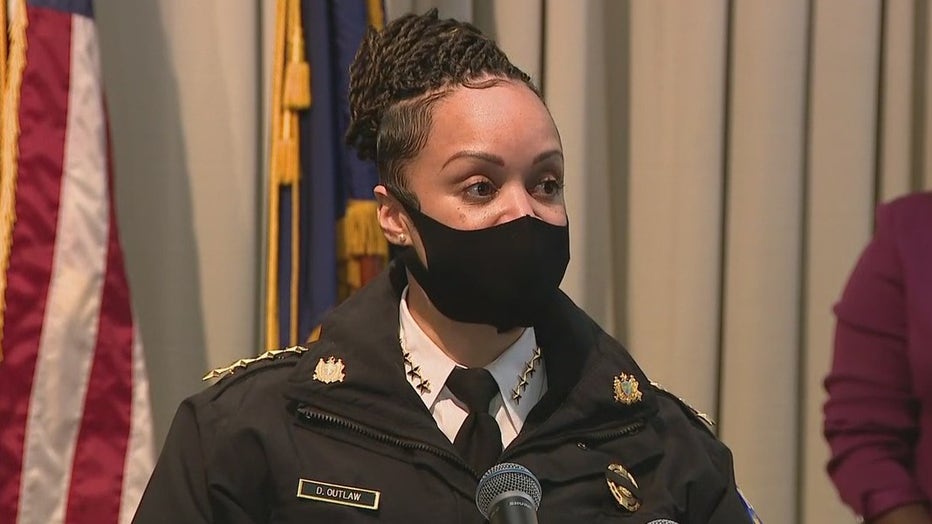 Meanwhile, the Philadelphia Black clergy pledged its continued support to Commissioner Outlaw citing the unprecedented nature of 2020. However, leaders would like to see some changes.

"We feel that one year is not sufficient time to address all of the problems in the Philadelphia Police Department, especially since there are two pandemics that Commissioner Outlaw has had to deal with during most of her first year: Covid19 and violence," Pastor Robert Collier said.

"Yes, we still support Commissioner Outlaw, although we acknowledge that there are some important changes that need to be made under her watch," Collier continued.

Philadelphia Black Clergy drafted its own plan to curb gun violence in the city. Collier wasn't ready to share details on Thursday, but said they collaborated with Philadelphia Controller Rebecca Rhynhart on the plan.

Outlaw outlined a few changes her department is making on Good Day Philadelphia, including adding personnel to the East division to combat narcotics which are a big driver of gun violence in the city. She also said that though violent crime is rising in cities nationwide, it's still the job of local police to shift if what they're doing's not working.

"We have to be willing to acknowledge that we have to come from this at a different angle," Outlaw said. "We can't arrest our way out of it  and if we start fixing some of the issues that are leading to this violence, some of these mentalities and the need for conflict resolution in schools."