PHILADELPHIA - A Philadelphia woman is speaking out about the death of her child after a man she used to date is charged with murder.

"She just was a happy little baby. She loved playing. She loved singing." This mother is too emotional and traumatized she says to show her face. She will never share those moments with her baby again.

"Every day it's just like I'm just trying rush by it or sleep through it to try to ease the pain," she said.

Her daughter Nyomi was about a year and a half old when she died.

"It's hard. Sometimes I wake up screaming or crying or just really angry and upset because I don't know why she was taken away." She doesn’t want to use her name after what happened to her daughter. She left Nyomi at her house in the care of her now ex-boyfriend 29-year-old Curtis Holt, who isn't Nyomi's father. The mom says she returned home to find Holt irate and her baby lifeless. 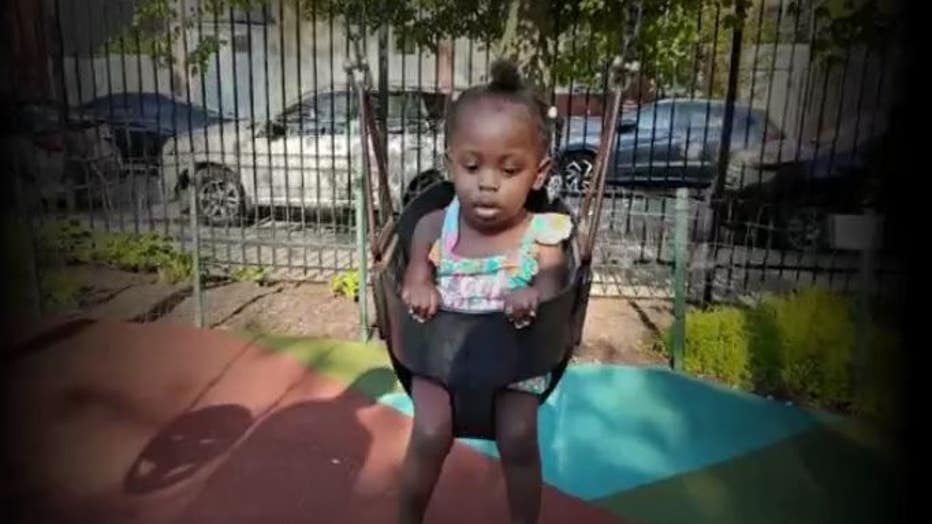 "She was just laying there on the couch and he was like she fell down the steps I've been trying to call you. I knew that it was true that she was gone. I felt her heart and I didn't feel no heartbeat," she said.

Nyomi was pronounced dead at St. Christopher's that same day. Her mom says Nyomi had bruises on her forehead and missing patches of hair.

Philadelphia police arrested Holt on July 30. He’s charged with murder. Nyomi's mom says her daughter was happy when around Holt and he played with her often.  No signs she says that anything would happen to her in his care.

"I can't believe it because he didn't seem like that type of person," she said. “Anybody that can kill a child is evil and demonic and that's how I look at him," she said.

Holt remains in jail. He’s being held without bail.