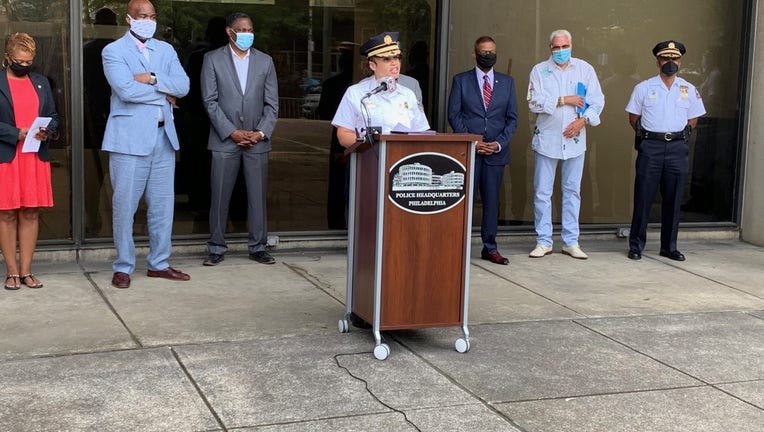 PHILADELPHIA - As the number of shootings and shooting homicides continues to increase across Philadelphia, city leaders and police are asking people to check their homes for guns and surrender them anonymously.

City council members along with police announced Thursday that two locations would accept guns on Saturday as part of a continuation of the city’s Home Gun Check program. Residents turned in what city officials say were dozens of guns when the program had its initial run in December.

Amidst a rising tide of gun violence, city officials are hoping residents will search their houses and anonymously turn in any guns they find or don’t want at two church locations Saturday. The guns will then be collected by police.

City Council held a two-day emergency gun violence hearing this week as the number of shootings recorded this year has spiked to more than 1,100 and homicides are up to 260 — both about 30% increases over this time last year, according to police department statistics.

The renewed focus also comes after several weekends of multiple shootings, including the shooting death of 7-year-old Zamir Jones who was struck by a stray bullet while playing on his porch and later died at the hospital.

During that hearing, Philadelphia Police Commissioner Danielle Outlaw, who took over the department at the beginning of this year, said despite the pandemic officers are still confiscating an average of about 77 guns per week. That’s slightly lower than the 80 guns per week taken last year. Outlaw said the city is second only to Chicago, as of August, in the increasing number of homicides.