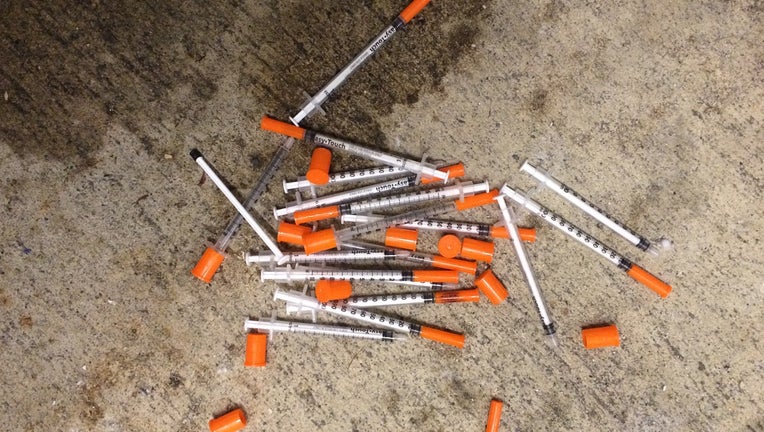 PHILADELPHIA - The number of people in Philadelphia who died from a drug overdose increased to a two-year high in 2020, according to a report from the city's Department of Public Health.

Officials on Thursday said there were 1,214 overdose deaths in Philadelphia last year, which is the second-highest number ever recorded behind the 1,217 in 2017. Fentanyl, according to CHART data, was present in nearly all drug-related deaths, including three-quarters of cocaine overdoses.

"While the world has been focused on the COVID-19 pandemic, drug overdoses continue to wreak havoc across our city," said Acting Health Commissioner Dr. Cheryl Bettigole. "Increasingly, fentanyl is being found in all types of illegal drugs, exposing individuals who are not familiar with opioids to this deadly drug."

Health officials monitored an uptick in overdoses among all age groups, but the 55-64 age bracket was most significantly impacted. Further, men saw a 26% jump in overdose death rates, according to the city.

The 19134 zip code, which covers Kensington and Port Richmond, maintained the highest number of overdoses in the city, but the figure has fallen 22% since 2019.

Overdose deaths on the rise in Montgomery County during the pandemic

Jake Senst's overdose death was one of 210 in Montgomery County in 2018. A startling number, but far lower than the 257 overdose deaths in the year of the pandemic in 2020.

"As the CHART report shows, responding to the drug overdose crisis continues to be as urgent as ever,"  Executive Director of the City’s Opioid Response Unit (ORU) Noelle Foizen said.

City lead departments have taken an "all hands on deck" strategy to combat the opioid crisis, including establishing mini-grants to provide overdose prevention awareness. The city also launched an awareness campaign about the presence of fentanyl in the stimulant drug supply.

The city has also upped its availability of pharmacologic treatment for opioid addiction through primary care practices, specialized substance use treatment providers, and the Philadelphia jails.