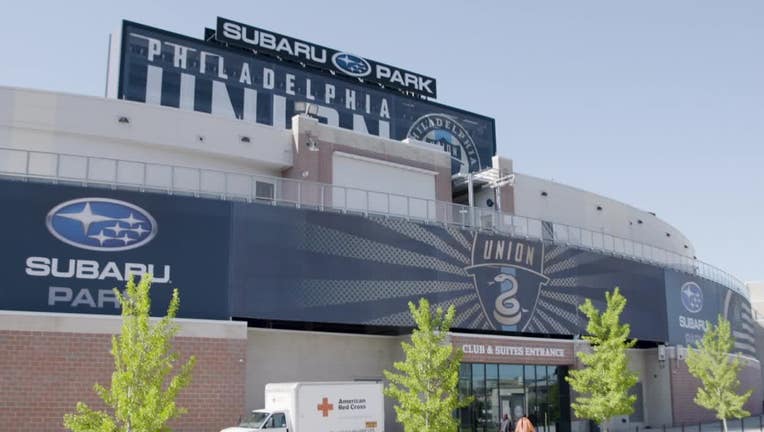 CHESTER, Pa. - A day after Pennsylvania Gov. Tom Wolf eased restrictions on indoor and outdoor crowd sizes, the Philadelphia Union announced they will allow their stadium to fill at limited capacity this weekend.

In a Wednesday release, the team said over 2,700 people - including fans, working staff and team members - will be permitted inside Subaru Park as the Union square off against the Montreal Impact.

"The health and safety of our fans, players, coaches, and staff is our number one priority," team president Tim McDermott said. "We have worked tirelessly to implement a set of strict guidelines and procedures that will ensure that fans can watch the team they love comfortably and safely.”

Fans will have their temperature checked before entering the stadium. Once inside, fans are required to wear a mask unless actively eating or drinking. Seats have been spaced out throughout the stadium to allow for six feet of distance in all directions for each party.

The team has eliminated touchpoints between staff and fans by making tickets and parking passes digital. Concessions can only be purchased with a debit or credit card. More information on health and safety regulations for fans can be found here.

Regularly scheduled tickets for the 2020 season are no longer valid. Instead, season ticket members will get first crack at seats and all remaining tickets will be pass down to the general public. Fans are not allowed to tailgate.

The Union are now the first team in Philadelphia to welcome fans back into the stadium. The Philadelphia Eagles, who will play among fans in Pittsburgh on Sunday, have not decided if they will allow fans into Lincoln Financial Field.