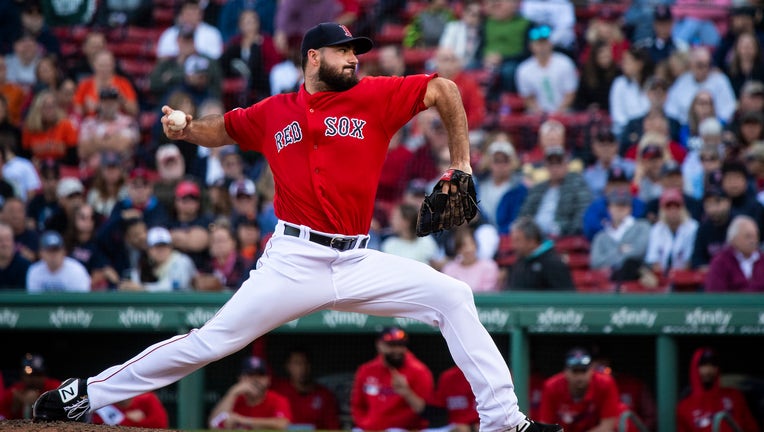 PHILADELPHIA - The Philadelphia Phillies got an early jump on the trade deadline, moving to fortify their ineffective bullpen by acquiring relievers Brandon Workman and Heath Hembree from the Boston Red Sox.

Philadelphia also got cash and will either receive more cash or a player to be named from the Red Sox, who obtained right-handers Nick Pivetta and Connor Seabold. Earlier Friday, the Phillies acquired right-handed reliever David Hale from the New York Yankees, sending back righty relief prospect Addison Russ.

Phillies relievers came into Friday with a combined 8.07 ERA this season, the worst in the majors by nearly two runs.

“We like Pivetta and Seabold but you have to give something to get something,” Phillies general manager Matt Klentak said. “The bullpen was the area for us to address. Those guys (we acquired) have pitched in big games, big markets, pennant races before. I still believe a lot of the guys in our bullpen are better than what they’ve shown.”

The trade with Boston occurred Friday night while the Red Sox were playing in Baltimore and the Phillies were in Atlanta. The deadline to make a deal in this pandemic-shortened season is set for Aug. 31.

Workman came into Friday night’s game with four saves in four tries and a 2.25 ERA in save situations, while Hembree is 2-0 with a 5.59 ERA in 11 games. Both pitched out of Boston’s bullpen for the 2018 World Series champion Red Sox.

“They are warriors, they are world champions, they are great teammates,” Red Sox chief baseball officer Chaim Bloom said. “We really appreciate everything they did.

Hale has appeared in 95 games over six seasons with the Braves, Rockies and Yankees. He has allowed two earned runs and made one save in six innings this season. He was designated for assignment Monday when All-Star closer Aroldis Chapman returned from the COVID-19 injured list.

Hale was expected to be available in the bullpen Saturday.

Boston is in last place in the AL East and looking to rebuild. The struggling Red Sox are desperate for starting pitching help and looking toward the future already, trying to get something out of this COVID-19 shortened season by leveraging some solid bullpen assets for what is essentially a reconstruction of the rotation.

The 27-year-old Pivetta has made 71 major league starts and compiled a 5.42 ERA in the role.

“We’ve got a chance to help him reach a level that he has not in his career despite having good stuff,” Bloom said.

Seabold, 24, posted a 2.56 ERA in 12 appearances (11 starts) last season across three minor league levels, including Double-A, but had his season shortened by an oblique injury.