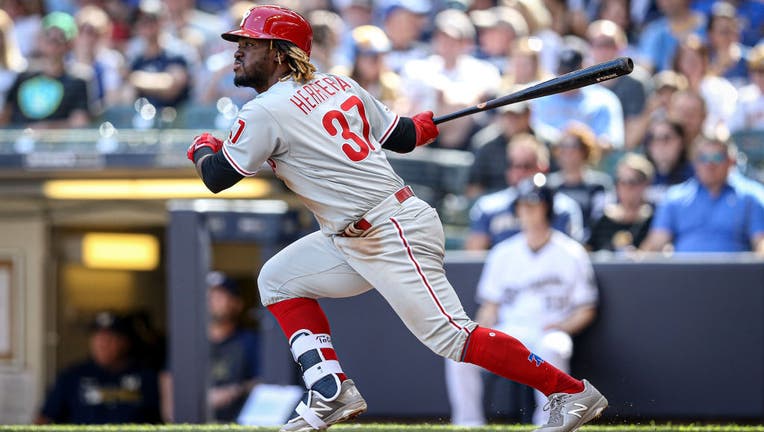 Odubel Herrera #37 of the Philadelphia Phillies hits a double in the fourth inning against the Milwaukee Brewers at Miller Park on May 25, 2019 in Milwaukee, Wisconsin. (Photo by Dylan Buell/Getty Images)

Herrera, who will earn $10 million this season, hasn’t played for the Phillies since 2019 when he was suspended under Major League Baseball’s domestic violence policy.

The charges against Herrera were dismissed but he was removed from the team’s 40-man roster last year and wasn’t part of the 60-player pool for the shortened season.

He will report to the team’s minor league mini-camp.

Catcher Jeff Mathis signed a minor league deal with the Phillies on Tuesday and will join the major league camp. Mathis batted .161 in 24 games for Texas last season.