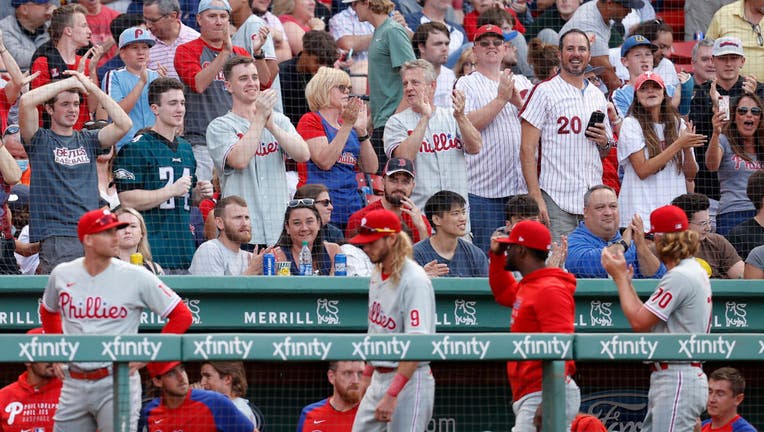 BOSTON, MASSACHUSETTS - JULY 10: Philadelphia Phillies fans celebrate behind the dugout during the eighth inning against the Boston Red Sox at Fenway Park on July 10, 2021 in Boston, Massachusetts. (Photo by Maddie Meyer/Getty Images)

PHILADELPHIA - The Phillies have placed four of their players on the COVID-19 injury list.

As the Philadelphia Phillies and the Boston Red Sox prepare to square off on Sunday, the Phillies have had to make changes to their roster due to the coronavirus.

The Phillies are 19-28 on the road. The Philadelphia offense has compiled a .240 batting average as a team this season, Jean Segura leads the team with a mark of .325.

The Phillies won the last meeting 11-2. Bailey Falter notched his first victory and Segura went 3-for-5 with a home run and three RBIs for Philadelphia. Martin Perez took his fifth loss for Boston.