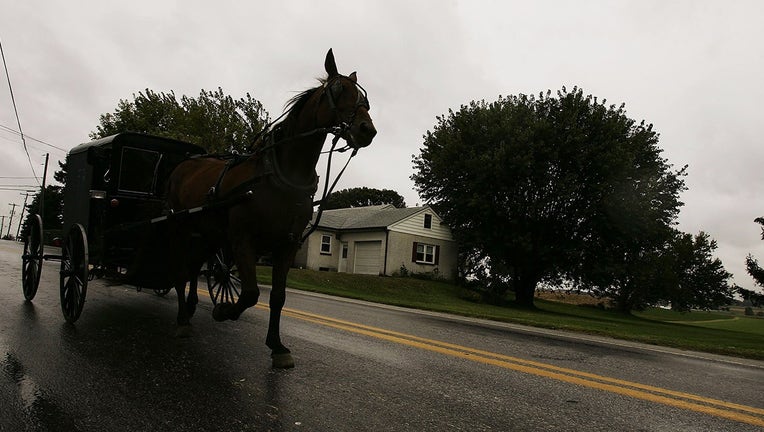 ALGANSEE TOWNSHIP, Mich. (AP) - A third child who was in an Amish horse-drawn carriage that was struck by a drunken driver in southern Michigan has died, authorities said Sunday.

Two children, ages 6 and 2, died at the scene of Friday evening's crash. A 4-year-old later died at a hospital, and another young child and a woman who were in the carriage remained hospitalized with serious injuries, State Trooper Seth Reed told the Detroit Free Press.

The crash happened in Branch County's Algansee Township, near Michigan's borders with Indiana and Ohio amid an area that has numerous Amish communities.

Police said all seven people in the carriage -- two adults and five children -- were ejected in the crash.

The relationships of those in the carriage were unclear and state police didn't immediately reply to phone messages seeking additional information.

Frye was arraigned Saturday and was being held at the Branch County Jail on a $500,000 bond. Jail records didn't list an attorney for him.