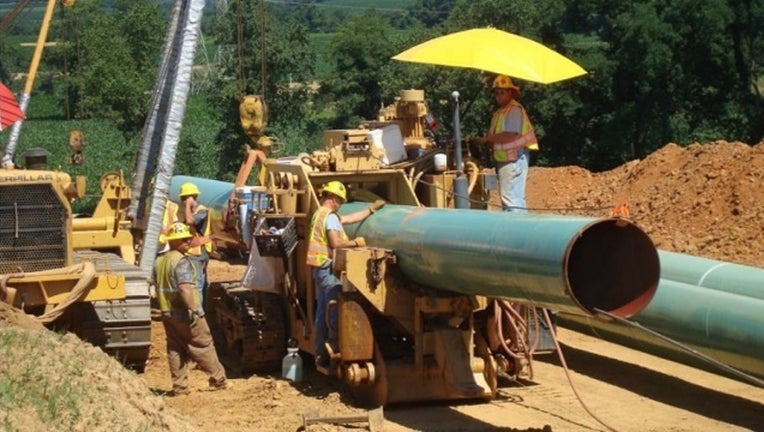 HARRISBURG, Pa. - A Texas-based pipeline giant that is heavily penalized in Pennsylvania has agreed to pay another $2 million in fines for spilling drilling fluids into a reservoir during construction on a 350-mile multibillion-dollar pipeline carrying highly volatile natural gas liquids.

The consent agreement was made public Thursday after it was signed Jan. 3 by officials from Gov. Tom Wolf’s administration and a subsidiary of Energy Transfer LP.

The state Department of Environmental Protection said more than 208,000 gallons (787,400 liters ) of drilling fluids spilled into Raystown Lake in Huntingdon County in 2017 during construction on the company’s Mariner East pipelines.

The agency said that, in numerous cases, the company didn’t immediately report the contamination, as required by its permits, until 2018 or 2019.

Construction on the Mariner East pipelines stretching across southern Pennsylvania has now spurred more than $15 million in fines and several temporary shutdown orders by state agencies, primarily for polluting waterways and drinking water wells, and using construction methods not approved by state regulators.

The pipeline construction has drawn the attention of county, state and federal authorities, including an FBI investigation into how Wolf’s administration came to issue permits for the construction.

When Mariner East construction permits were approved in 2017, environmental advocacy groups accused Wolf’s administration of pushing through incomplete permits that violated the law and warned that it would unleash massive and irreparable damage to Pennsylvania’s environment and residents.

Separately, Wolf’s administration in recent weeks fined another Energy Transfer subsidiary more than $30 million in connection with a gas pipeline explosion in western Pennsylvania in 2018.

In return, Wolf’s administration agreed to lift a statewide moratorium on construction permits it imposed on Energy Transfer a year ago.