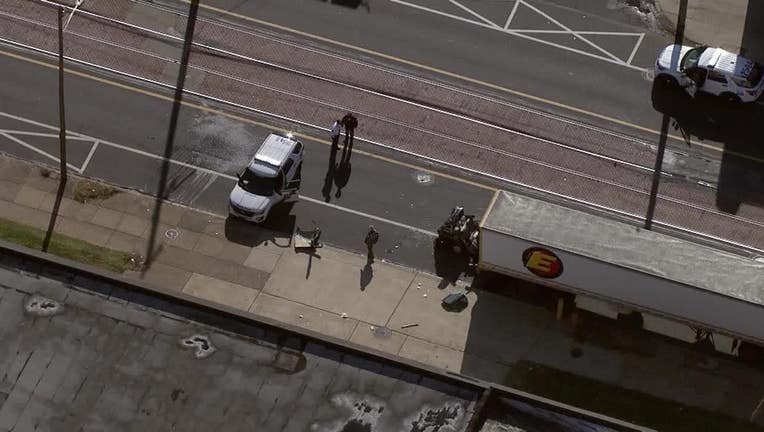 Skyfox over a fatal accident on East Erie Avenue in North Philadelphia.

NORTH PHILADELPHIA - One person has died and three others are badly injured after an accident in North Philadelphia.

Officials say two women and two men were driving west on the 600 block of East Erie Avenue Tuesday, about 11 a.m. when they ran into a parked tractor trailer.

A 23-year-old woman was taken to Temple University Hospital and listed in critical condition.

A 30-year-old woman and a man whose age was unknown were rushed to Temple and listed in extremely critical condition.

A second man, also age unknown, was rushed to Einstein Medical Center. He succumbed to his injuries and was pronounced dead at the hospital.

Authorities did not release any other information regarding the driver or passengers. An investigation into the crash is underway.