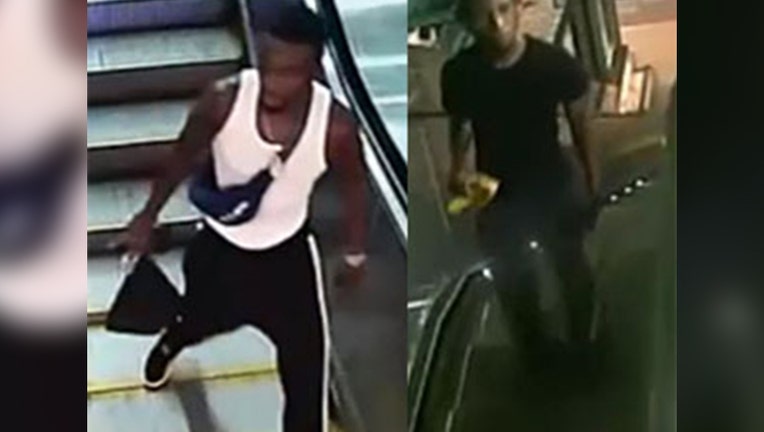 CENTER CITY - Authorities are searching for two men wanted in connection to a stabbing last week in Center City that left a man in critical condition.

Investigators say the stabbing happened during an attempted mugging on the 1400 block of John F. Kennedy Boulevard on Aug. 10.

According to police, two unknown men approached the 38-year-old victim and demanded his wallet. During the robbery, police say one of the suspects stabbed the victim in the neck. The victim was taken to Jefferson Hospital where he was placed in critical condition.

Anyone with information on the suspects' whereabouts is asked to contacted police immediately at 215-686-8477.