WEST PHILADELPHIA - Authorities are searching for two suspects wanted in connection to a double shooting in West Philadelphia last month.

According to police, the incident happened on Jan. 15 near the 100 block of North Ruby Street.

Surveillance footage released by police on Friday shows a man approach the two victims and suddenly they begin to fire from close range. Police say a second suspect, who was across the street, also began firing at the victims. 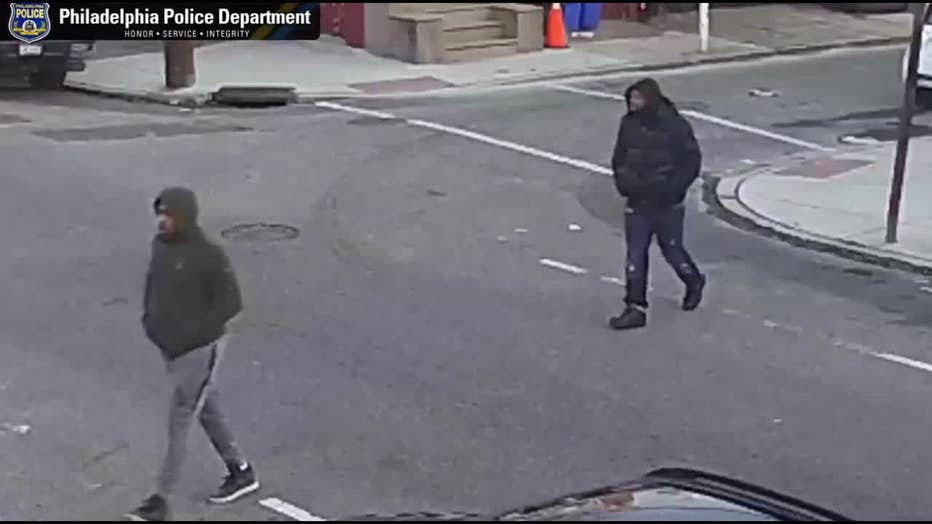 The suspects were last seen heading north on Ruby Street.

Police say the victims, a 22-year-old man and a 26-year-old man, were critically injured.