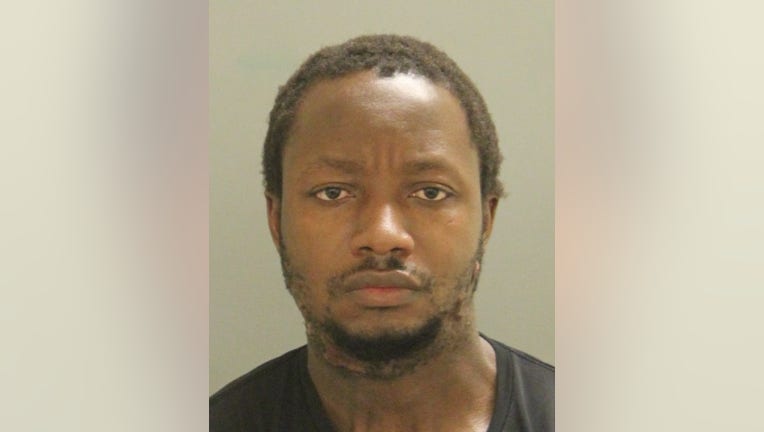 NEWARK, Del. - A foot chase ended with the apprehension of a burglar Monday, police say.

The incident happened at approximately 11:15 a.m. when patrol officers were dispatched to the 4000 block of Rosetree Lane for the report of a burglary in progress.

When officers arrived at the scene, they noticed what they say appeared to be forced entry into a residence and then they began a search of the area.

At this time, one of the officers spotted a person who matched the description provided early by a witness. That suspect ran into a wooded area.

Officers gave chase and started a K9 track into the woods. During this track, officials say they were able to set up a perimeter.

The suspect was found walking down Route 40 and a second chase began. The suspect, identified as 31-year-old Kesselee Kanda, was apprehended near the entrance of Barrington, police say.

An investigation revealed that Kanda was also responsible for multiple additional burglaries that occurred in October. Kanda face numerous charges related to the burglaries including resisting arrest.

Kanda is being investigated for additional burglaries at this time.