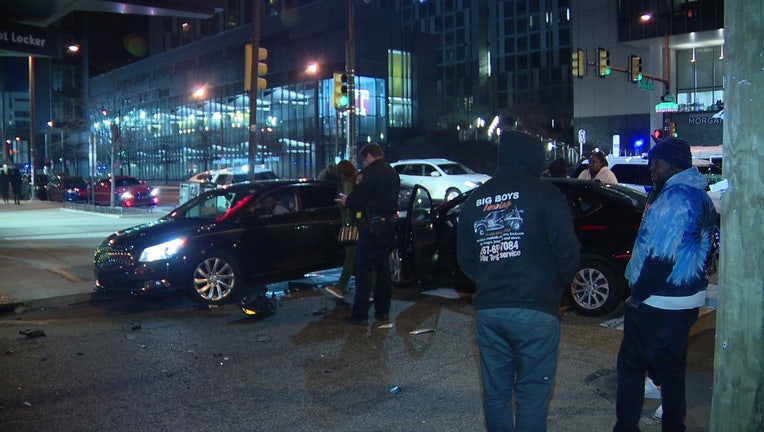 PHILADELPHIA - A police chase ended in a multi-vehicle crash in North Philadelphia early Saturday morning, according to police officials.

Authorities say the incident happened around 2:25 a.m. when a K-9 officer saw a white Dodge Charger.

The officer ran the tags and saw the vehicle was listed as stolen, police say.

According to police, the officer pursued the car with assistance from a second unit.

The chase ended with the suspect causing a multi-vehicle crash at the intersection of Broad & Oxford Streets, authorities say.

Police say the suspect fled the scene but was apprehended by an officer on Carlisle Street.

According to authorities, no one was injured in the incident.