Police continue to investigate following the discovery of human remains inside a U-Haul.

PHILADELPHIA - A man is facing charges after human remains were found in a U-Haul Thursday morning in Northeast Philadelphia, according to prosecutors.

Less than 24 hours after police found human remains inside a trash bag in the back of a U-Haul during a traffic stop, crime scene investigators and animal protection officers were at a home on Sanibel Street Friday morning.

ACCT Philly says they assisted police where an owner is no longer able to care for their animals anymore. They took 63 exotic animals from the home. 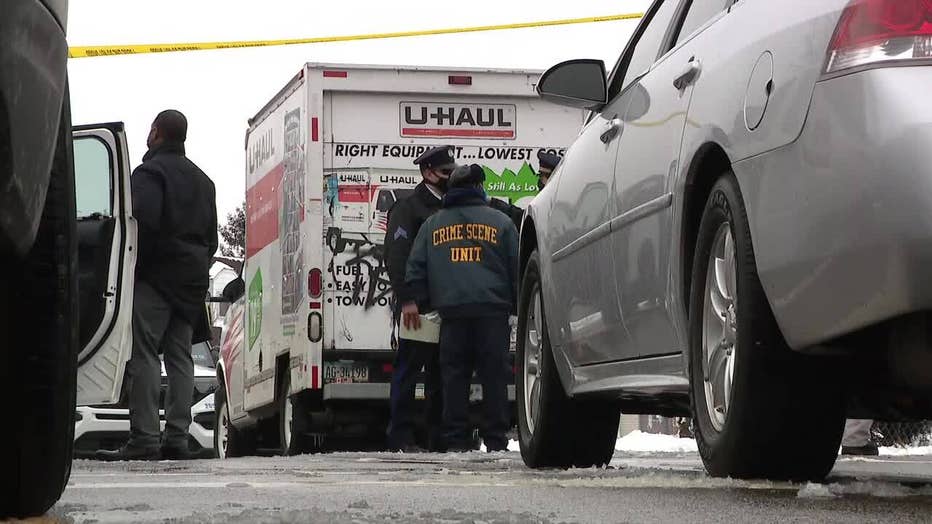 Public records and neighbors on Sanibel Street identified the man who lived in the home as 70-year-old Peter Gerold. Neighbors pointed to his company website where he is listed as a licensed massage therapist with Kneading You Therapy.  They say he was kind and quick to help anymore.

Police sources say they recovered remains from the garage along with items to compare for DNA.

Late Thursday, investigators found more remains and other evidence in a dumpster behind a shopping center along Bustleton Avenue.

Despite numerous cameras at Gerold's home, sources say the device that stores surveillance videos was taken from the home.

A cause of death is still pending.