HAMMONTON, N.J. - Police say they are searching for a couple accused of shoplifting from an antique store in Hammonton, New Jersey.

Frank Mazza has been collecting and selling antiques in Hammonton for years.

But not this way, Hammonton police say a couple in their 60s lifted several items at Mazza’s Antique Marketplace.  Surveillance cameras inside show a woman looking around and taking her time before stuffing various things into her a bag. 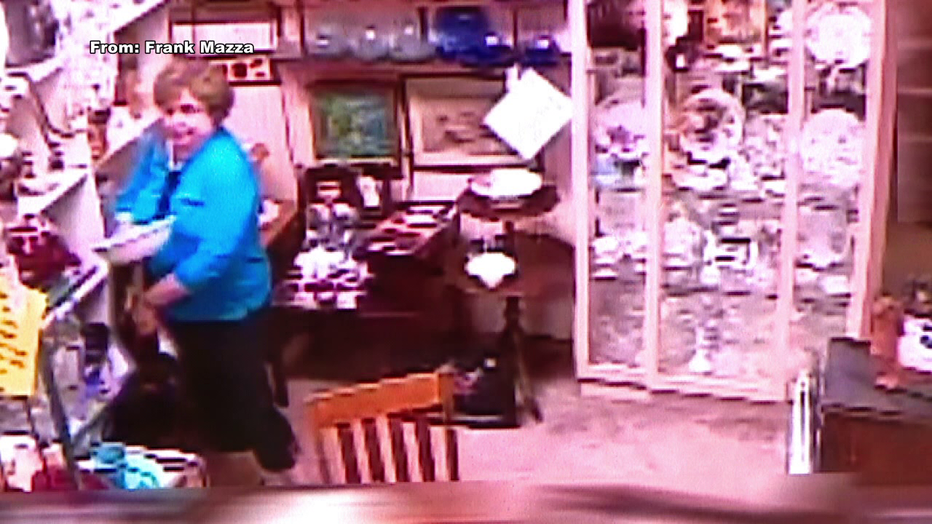 “We run a legitimate business. We get fair prices, and we’re negotiable and there’s no need for her to do what she did.”

He says it happened a couple of weeks ago as he was working on an electrical problem in the building. The surveillance video shows the thefts going down in a cool, calm and casual like manner.

Montgomery has been a Marketplace vendor for three years and has never seen anything like this, especially she says given the ages of the suspected crooks.

“It’s unfortunate and it’s sad and it’s disheartening," she said.

Police say the couple made their way outside and left in a gray Toyota RAV4.  Frank Mazza believes they might be selling the stolen goods somewhere.

He says it all comes down to karma.

If you have any information, please contact the Hammonton Police Department at 609-567-4300.