Police say one person has died in a crash in the Mayfair section of Philadelphia. FOX 29's Thomas Drayton has the breaking news details.

PHILADELPHIA - Philadelphia police are investigating a crash that left one person dead and another person injured on Tuesday morning.

According to authorities, medics responded to the 6600 block of Frankford Avenue for reports of a crash around 4:47 a.m.

The victim, identified as 39-year-old Joseph Francis, was driving the Acura was then ejected from the vehicle and later pronounced dead around 5:15 a.m., police say.

Authorities say a 60-year-old man was driving the Nissan and was transported to Jefferson-Torresdale Hospital, where he is in stable condition.

Officials say traffic in the area of Unruh Avenue and Rawle Street was blocked off as authorities continued their investigation. 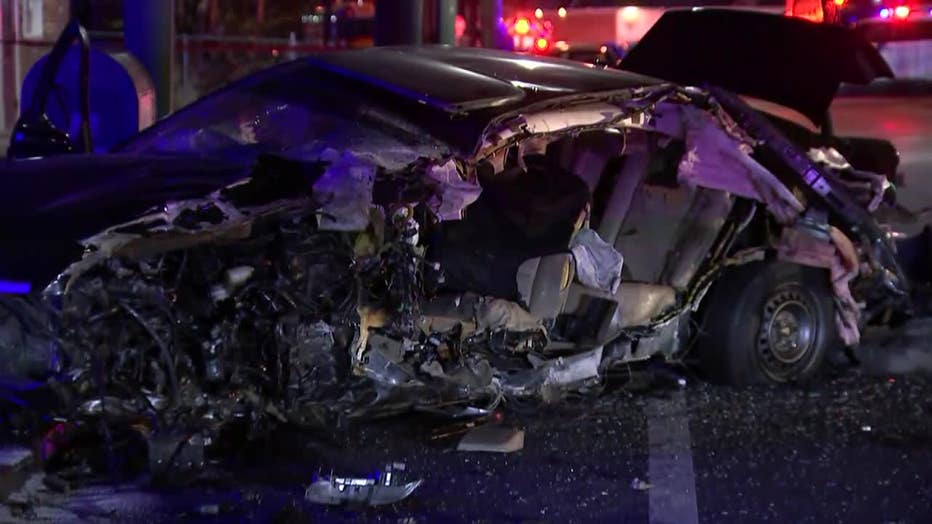