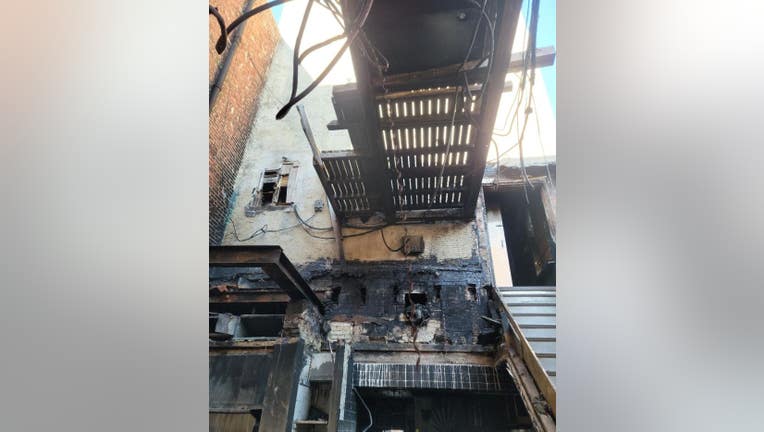 PHILADELPHIA - It's been more than four months since a fire ripped through Jim's Steaks, causing a South Street staple to temporarily shut its doors.

Smoke billowed from the building on a Friday morning in July as firefighters battled the multi-alarm blaze from inside and outside the building.

The Philadelphia community was left shocked and devastated as they witnessed the charred remains of the iconic cheesesteak shop, with many wondering if it would ever open for business again.

At the time, the president of Jim's Steaks Kenneth Silver vowed that Jim's Steaks would be back "as quickly as possible."

However, no definitive timeline was given and updates on progress went silent for months - until this weekend.

RELATED COVERAGE: 'We will be back': Jim's Steaks to rebuild after devastating fire temporarily closes beloved shop

"Many of you have asked, ‘When will Jim’s reopen?’" read a highly anticipated tweet from Jim's South Street.

The tweet went on to say there is still "lots of work ahead" with several photos revealing the extent of the damage.

Silver told FOX 29 that demolition work has begun on the back of the building as part of the initial "make safe" work.

No potential re-opening dates have been announced, but Jim's Steaks is still hopeful they will be back to their former glory as soon as possible.

"We can’t wait to share our progress toward an epic Philly comeback."