FOX 29's Steve Keeley is in West Philadelphia, where a cyclist has died after being hit by a car.

PHILADELPHIA - Investigators with the Philadelphia Police Department are looking into a hit-and-run that left a cyclist dead on Friday morning.

Philadelphia Chief Inspector Scott Small says the incident occurred just before 1 a.m. when officers received a 911 call about a person on a bike being hit by a car in the area of N 52nd Street and Wyalusing Avenue.

According to authorities, when police arrived on scene, they found 28-year-old Nyier Cunningham lying on the sidewalk suffering from trauma to his head and injuries to his head and torso.

He was rushed to Presbyterian Hospital, where he was placed in critical condition as he was rushed into surgery, Small says. 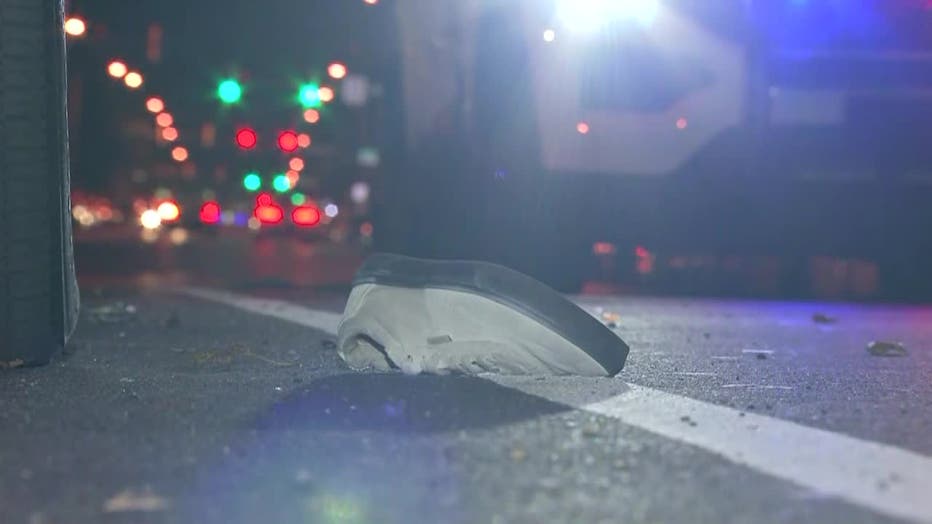 Small says the preliminary investigation reveals the cyclist was riding a mountain bike on 52nd Street when he was hit by a dark-colored or black pickup truck that was possibly a Dodge Ram.

Authorities say the pickup truck was a heavy-duty model, possible a Dodge Ram, and had four wheels on the rear axle. The vehicle also has damage to the left front headlight and left side mirror.

Police released photos and a short video clip of the truck they believe was involved early Friday afternoon.

Speed may have been a factor in the crash because the cyclist was knocked out of his sneakers when he was hit, according to Small.

Accident investigators are processing the scene and the investigation is ongoing, authorities say.