Donald Cramer Jr. was arrested for an alleged sex assault thwarted by a good Samaritan.

John Bishop, of Burlington Township, is a husband, a father, a hard-working employee and now a local hero.

"I feel like I was at the right place at the right time. He grabbed her so fast and violently," he told FOX 29.

Bishop says he still can’t believe what he saw as he exited I-295 Northbound last Thursday afternoon and tried to merge onto Route 73.

"Someone just grabbed her from out of the bushes. All I saw was arms and black hair. I didn’t even see a person’s face—just saw someone violently tackle her," Bishop explained.

Police say a petite woman walking along Route 73 around 2:45 p.m. was snatched by a stranger in a split second. He was shocked but not afraid to step in. Bishop pulled over on the side of the busy highway and his fatherly instincts did the rest.

"I walked down into the ravine into the woods and I heard a muffled scream," Bishop explained. "I saw someone on top of her like two people struggling around in the bushes. I just couldn’t believe what I was seeing I was like, 'Hey, get off of her'. He got up she started swinging her arms his face all bleeding she must’ve scratched him up pretty good." 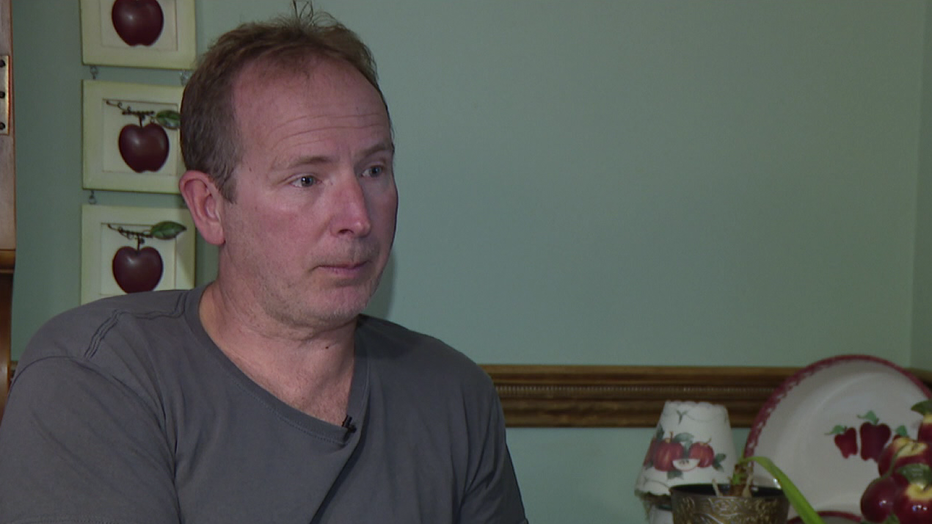 John Bishop, of Burlington Township, is a husband, father and now a local hero.

Bishop jumped in and wrestled with the man police later identified as 52-year-old Donald Cramer Jr. of Philadelphia.

"I grabbed him again by arm and hair and drug him up the hill threw him over guardrail and up the street and jumped on him and he was trying to get away," Bishop said.

Someone called 911 and officers showed up within minutes.

"No one would’ve known she was down there couldn’t hear with the traffic going by," Bishop said.

NJ State Police say when Cramer pulled his victim into the woods he told her that he was going to rape her then kill her. Bishop’s observant eye and brave, bold actions saved this woman’s life.

The National Sexual Assault Hotline, operated by RAINN, is available 24/7. Call 800-656-HOPE (4673) to be connected with a trained staff member from a sexual assault service provider in your area. You can also search your local center here.