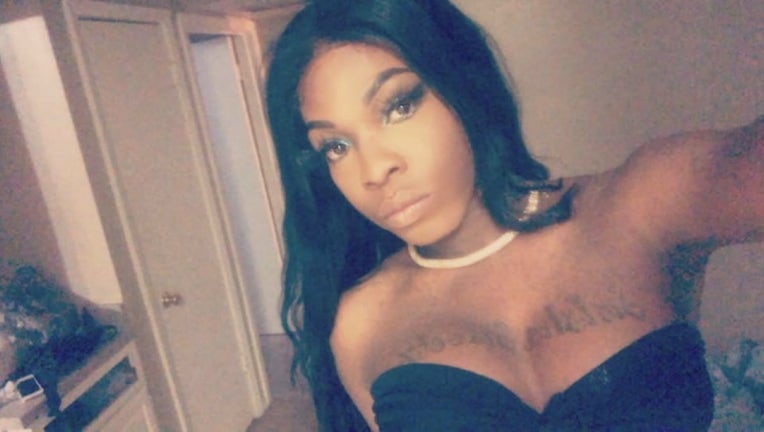 DALLAS - The shooting deaths of two transgender women and the stabbing of a third are being investigated to determine whether they are connected, police in Dallas said Tuesday.

No arrests have been made. The most recent killing occurred over the weekend.

"These cases, although not directly related at this time, do have some similarities the public needs to be aware of," Maj. Vincent Weddington said during a news conference .

He added that Dallas police will work with federal law enforcement officers to determine if any of the attacks should be considered hate crimes.

Muhlaysia Booker, 23, was found shot to death Saturday in northeastern Dallas. Her death came a month after a cellphone video showed her being brutally beaten in a separate incident.

The other killing occurred last October. A transgender woman was found shot to death in a vehicle parked near an elementary school in far southeastern Dallas, police said.

In the stabbing, a transgender woman survived after being cut repeatedly in April.

Weddington, in pointing out the similarities, said two of the victims had gotten into a vehicle with someone prior to their deaths, while the third had allowed someone inside her car to pick up a passenger. He declined to specify which victims did what, citing the investigation.

He added that two of the victims had been near an intersection close to Fair Park, southeast of downtown Dallas, before their deaths.

Weddington appealed to the public for tips. A town hall meeting has been scheduled for Thursday between police and members of the LGBTQ community.

Police also are trying to solve the case of a transgender woman whose remains were found in a field in July 2017, Weddington said. The cause of her death has not been determined.

Weddington has said that no evidence was found to link Booker's death to her April 12 beating following a minor traffic accident. According to a police affidavit, the other driver involved in the accident had a gun and refused to let Booker leave until she paid for the damage to his vehicle. A crowd gathered and someone offered a man $200 to beat the woman. Other men also struck her, while one stomped on her head. Booker suffered a concussion, fractured wrist and other injuries, police said.

Video of the attack, which was shared on social media, showed Booker being beaten as the crowd hollered and watched. Edward Thomas, 29, was arrested and jailed on an aggravated assault charge.

Thomas' attorneys have issued a statement saying Thomas wasn't involved in Booker's death and sending condolences to her family.