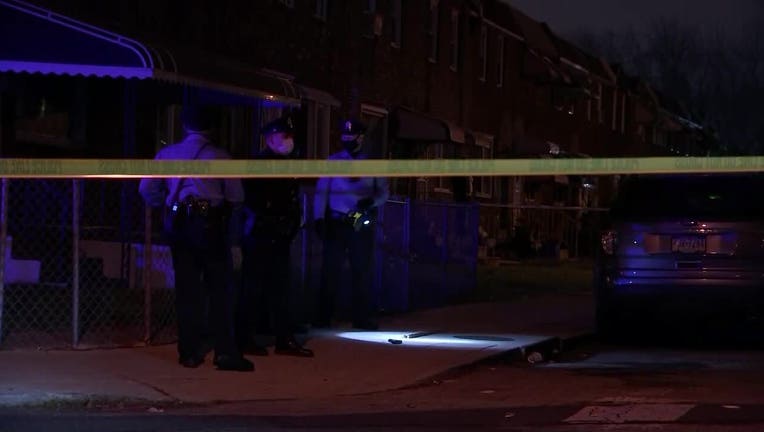 SOUTHWEST PHILADELPHIA - A man is dead and two others are injured following a triple shooting Sunday night in Southwest Philadelphia.

Officers from the city's 12th district responded to the 2500 block of South Alden Street around 9 p.m. for reports of gunfire.

Police said a 21-year-old man, later identified as Isaiah Rankins, was shot in the left side of the head and taken to Penn Presbyterian Hospital where he was pronounced dead.

Two other men, ages 21 and 25, arrived at University of Pennsylvania Hospital with gunshot wounds, according to police. The 21-year-old victim is in critical condition with gunshot wounds to the body. The 25-year-old man was also shot in the abdomen and is expected to survive. They were transported to Penn Presbyterian Medical Center for treatment.

Six spent shell casings were found at the scene, as well as a handgun police say fell from the 21-year-old victim's pocket when police picked him up.

No arrests have been reported at this time. Investigators are working to determine what sparked the deadly shooting.