NORTH PHILADELPHIA - Police say a chase in North Philadelphia ended when the man behind the stolen vehicle crashed into several cars.

The incident began around 2:15 a.m. when poice responded to shots fired at North 10th and Parrish streets.

A man then reportedly took off in a work van, which police pursued. The man crashed the van minutes later into two parked cars at North 15th and Fontain streets. 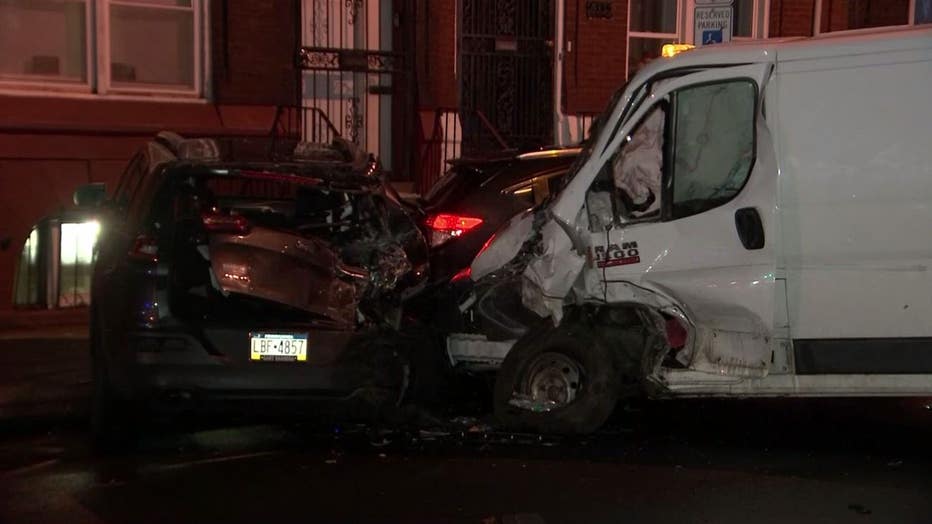 A man is in custody after police say he crashed a stolen van into several cars in North Philadelphia.

Police said they discovered the van was stolen, but had nothing to do with the shots fired.

The man was subsequently taken into custody. He has yet to be identified.

No injuries were reported as a result of the crash.