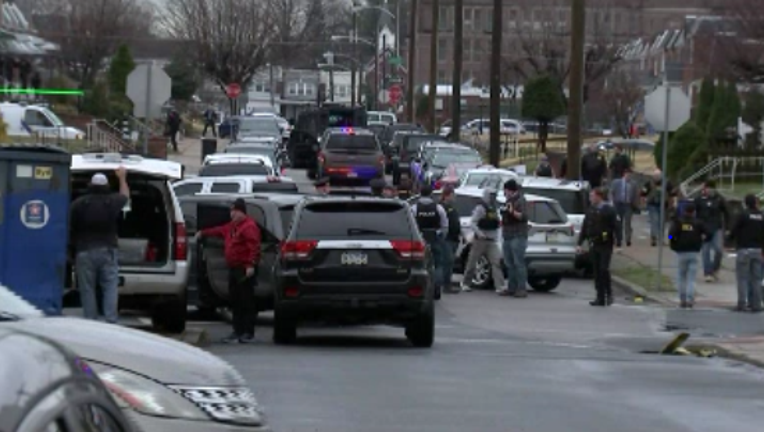 PHILADELPHIA - Police say a man is in custody after firing shots at DEA agents following a traffic stop in Tacony.

DEA agents and Philadelphia narcotics officers pulled over a vehicle on the 4100 block of Glenview Street around 6 p.m. Thursday.

According to police, the male driver fled towards an alley and fired shots at the DEA agents.

The man was able to break into a home on the 6100 block of Glenview Street where he called 911, police said.

A short time later, police declared a barricade. The man eventually came out and surrendered to authorities.

No injuries were reported and officers did not discharge their weapons.  A weapon was recovered.