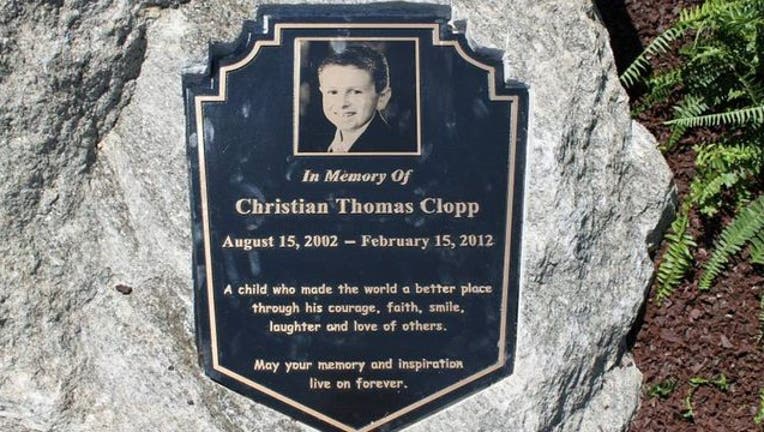 Hamilton Police say two men have been charged after video surfaced online showing one of them urinating on a memorial for a boy who died of brain cancer in Mays Landing.

The memorial on Old Egg Road was for Christian Clopp, who was 9 years old when he died in 2012.

His father, Mark Clopp, posted the video to Facebook. It has since been removed from the platform.

Bryan Bellace, 23, has been charged with lewdness, disorderly conduct and criminal mischief.

Daniel Flippen, 23, was allegedly the one filming the video and was charged with having an open alcoholic beverage in a park, police say.

After the Sunday morning incident, Mark Clopp relelased the following statement on his Facebook page:

"At the end of the day, the good outweighed and overwhelmed the bad. This is what Christian did during his life. He brought people together and he has accomplished that again. Perhaps the playground will be beautified, maybe expanded as a result. It doesn't matter, as long as it is enjoyed by thousands of children in the future. If we let anger prevail, we've lost the battle. Thanks again, everyone, for coming together and showing how great our community can be, especially in a time of political controversy. It reminds us what is important in life. Thank you again."

Volunteers disinfected the memorial after learning what happened.