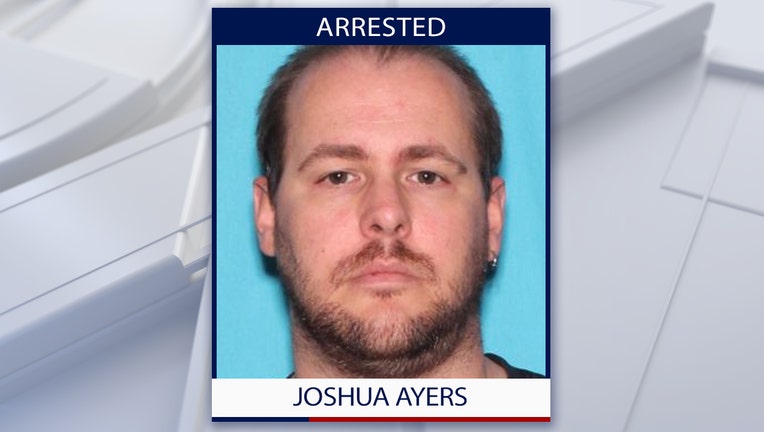 HAINES CITY, Fla. - Haines City Police Chief Jim Elensky did not hold back at an afternoon press conference Friday to announce the arrest of a married man who allegedly raped two young girls.

Elensky said 38-year-old Joshua Tyler Ayers met his victims on social media and then lured them with the promise of trips to Legoland Florida. One of the victims told police she was raped about 20 times. The other said she was sexually battered by Ayers last month.

“We’re here to talk about a very disgusting degenerate, AKA dirtbag, today,” said Elensky, holding up a photo of Ayers.

Haines City investigators said Ayers picked up one of the victims from Alachua County Jan. 9 and drove her to his Haines City home where the other victim was also apparently staying that night.

Ayers allegedly raped both victims at his home on Jan. 11. The crime was reported Thursday by the mother of one of the victims. Ayers was arrested that day.

”This is also a classic case of grooming I can’t stress to parents enough to be very careful who you let your children hang out with you may think somebody is a good person,” said Elensky.

Officers said social media exchanges between Ayers and his victims reference the incident.

Ayers acknowledged what he did to one victim, but denied allegations made by the other, according to police.

“The suspect’s actions are reprehensible, disgusting and unfathomable,” said Elensky. “We are going to do everything in our power to get justice for these victims. We will see to it that this suspect never harms anyone ever again.”

Ayers was employed as a corrections officer a few years ago, but most recently worked from home making animated pornography. Officers obtained a search warrant and will review his electronics.

Police said they are still investigating and believe there could be other victims.