Philadelphia police say an off-duty officer who was&nbsp;charged&nbsp;after crashing his car into a home on Saturday night, injuring two people, is believed to have been at the Fraternal Order of Police lounge prior to the crash.

PHILADELPHIA - Philadelphia police say an off-duty officer who was charged after crashing his car into a home on Saturday night is believed to have been at the Fraternal Order of Police lounge prior to the crash.

Investigators say Gregory Campbell, 27, was at several bars prior to the crash that injured two people. The FOP Lodge 5 lounge is a short distance away from the scene of the crash.

Campbell has been charged with aggravated assault, driving under the influence, and related offenses.

Campbell's vehicle went airborne and struck a home on the 2800 block of Comly Road. The vehicle continued through a front wall of the property and struck two people inside, police say.

A 53-year-old woman was trapped and the vehicle and was unconscious when first responders arrived. She was taken to Jefferson Torresdale Hospital where she was listed in critical condition.

A second person, a 45-year-old man, sustained injuries to the right side of his body as well as his back.

The couple also had two dogs that were struck when Campbell's vehicle broke through the wall. One of the dogs has since died, according to police.

The off-duty police officer is accused of losing control of his car and slamming into a Northeast Philadelphia home.

Campbell was treated for a cut to his head.

"The consequences of choosing to drive while under the influence are enormous, and all too often, life-changing," said Police Commissioner Danielle Outlaw.  "A family should always feel safe in their home, and yet the actions of this individual shattered that reality. The fact that the offender, in this case, is a Philadelphia Police Officer is appalling. Police Officers must be held to a higher standard - even while off-duty - and I assure the victims and the public that a complete and thorough investigation will take place. My prayers remain with this family."

President John McNesby of the Fraternal Order of Police Lodge 5 released a statement Sunday but didn't immediately comment on whether the union would be representing the officer.

"Our thoughts and prayers go out to the victim’s family and hope those injured will make a full recovery," McNesby said. "This is an unfortunate incident and we continue to monitor the investigation." 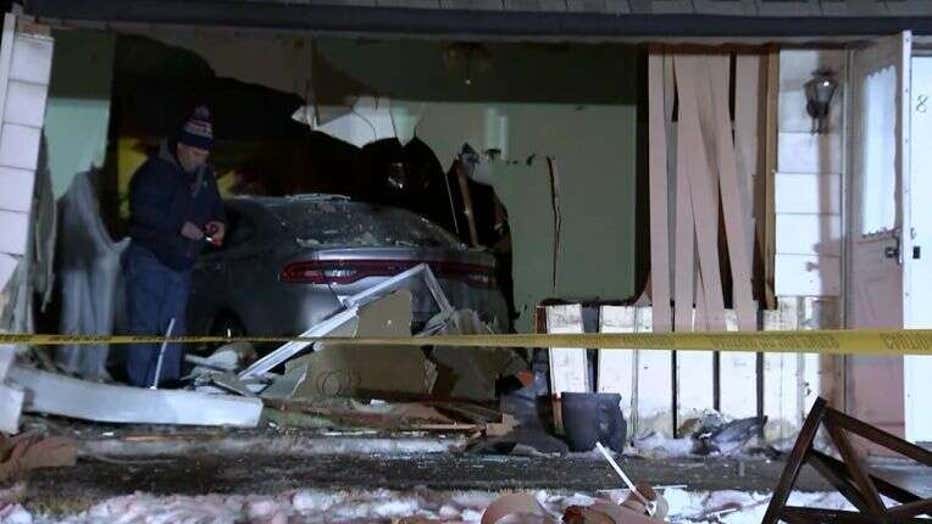