Police: Officers save drunk driver moments before train collides with car on tracks in West Windsor

WEST WINDSOR, N.J. - An alleged drunk driver was saved by Mercer County police officers moments before an Amtrak train collided with her vehicle, which she had driven onto the tracks Tuesday.

The incident, which was captured by police dashboard camera, occurred just before noon underneath the Route #64 bridge in West Windsor.

Two officers, Ptl. Pollini, Ptl. Crawford, were assisting the driver, Amna S. Ahmed, while dispatch began to make notifications to have all train traffic halted. When a third officer, Ptl. Heath, arrived on the scene immediately afterward, westbound Amtrak Train #639 was approaching at a high rate of speed.

Pollini, Crawford and Ahmed were able to take cover behind a building along the tracks. Heath ran for cover behind a concrete bridge abutment as the Amtrak train struck Ahmed’s Toyota Camry, sending debris flying. 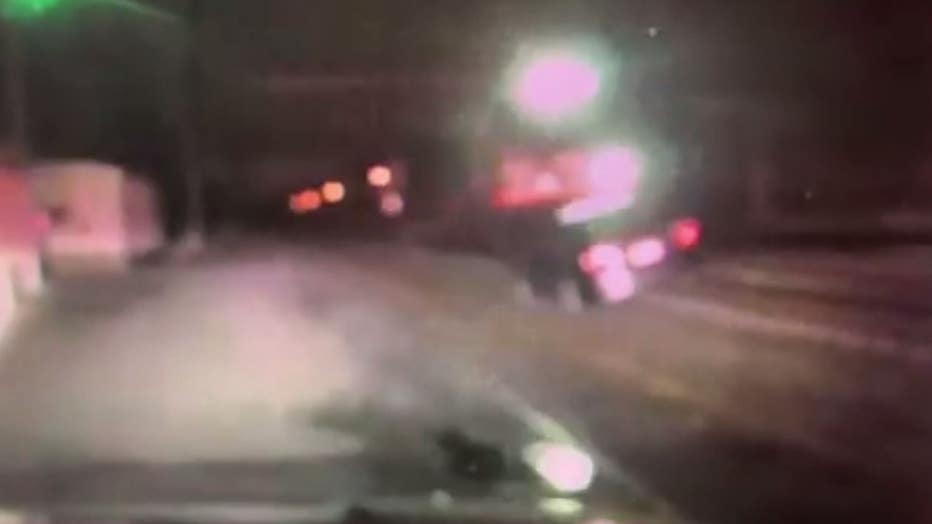 Dashboard camera footage captured the moment a train collided with a car driven by a suspected drunk driver in West Windsor.

Officials said Ahmed’s car was destroyed and sent directly into one of their patrol cars, which sustained extensive damage.

A BMW occupied by Ahmed’s sister and father, who had arrived to assist her, also sustained moderate damage after being showered by debris.

Train #639 sustained heavy damage to one of its engine cars as well as numerous trailing train cars.

“Although the debris field was extensive and sent with such incredible force, no one was struck and there were no reported injuries due to the quick actions of our officers,” the West Windsor Police Department said in a statement.

Ahmed was determined to be driving while intoxicated, according to police. She was issued summons for related charges and released pending a court appearance.