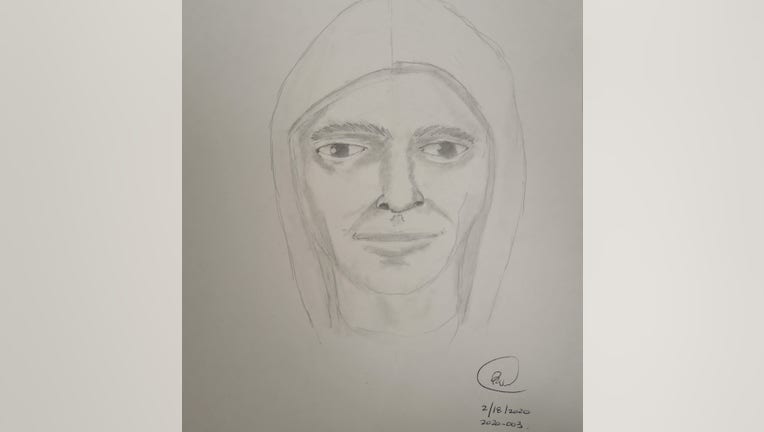 WESTTOWN TOWNSHIP, Pa. - Authorities in Chester County are hoping to identify a suspect they say broke into a home while armed with a knife on Tuesday.

Around 2:40 p.m., officers responded to a panic alarm at a home on the 1100 block of Fielding Drive in Westtown Township.

When officers arrived on the scene, they were informed that a man had walked into the home though an unlocked door and confronted the homeowner while armed with a knife.

At that time, police say the homeowner struck the suspect, ran into a bathroom and locked the door.

Responding officers searched the home and surrounding neighborhood, but were unable to locate the suspect.

Investigators have now released a composite sketch of the suspect, and are asking anyone nearby who may recognize the suspect, or may have surveillance video of him, to come forward.

Anyone with information is asked to call the Westtown-East Goshen Regional Police Department at 610-692-5100 or e-mail: detectives@wegopd.org