Philadelphia police are searching for a man who is believed to be tied to at least three attempted abductions in North Philadelphia. FOX 29's Dave Schratwieser reports.

NORTH PHILADELPHIA - Philadelphia police are searching for a man who is believed to be tied to at least three attempted abductions in North Philadelphia.

Neighbors on the 800 block of North 15th Street are on guard, fearing the suspect may strike again.

"I was gonna come out and move my car that morning. I'm kinda glad I didn't, glad my daughter or stepdaughter wasn't outside," resident Jeanine Avery said.

"He's lying in wait. He's hiding there, just waiting for each victim to come by. Two of them are five minutes apart,"  Philadelphia Police Captain Mark Burgmann said during a Tuesday evening press conference.

Investigators say it happened in the same Francisville neighborhood as the first attempted abduction Sunday around 10 a.m. The victim screamed and was able to break free and flee the scene as the man is seen walking casually in the opposite direction. In the latest two incidents, both women fought the man off and were able to get away, too.

"I would recommend anybody fight back to try to get away, scream. Our first victim we know she screamed you can hear it on the video," Captain Burgmann said. 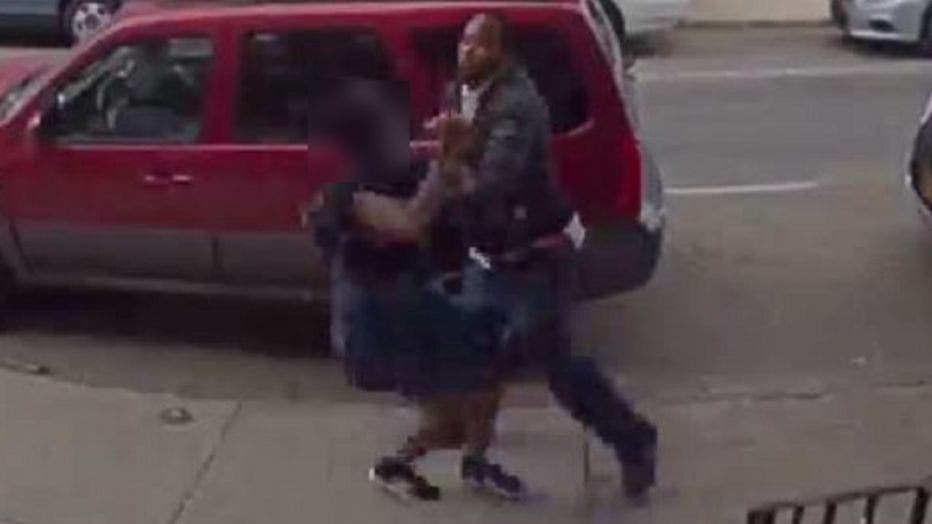 Police have scoured the area for video of the suspect in the last 48 hours when they came up with the two new incidents. They are trying to identify the new female victims since they did not report anything to the police. They are also searching for the Good Samaritan who tried to help.

Police say the suspect is clearly familiar with the area.