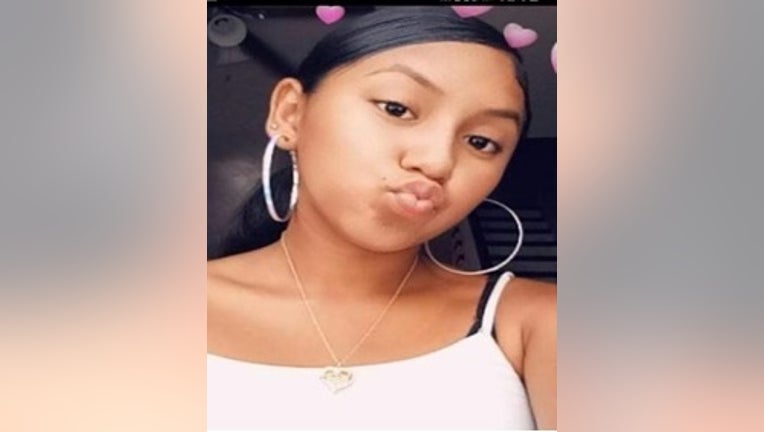 Evelyn Aparacio was last seen at her Camden home on Sunday,

CAMDEN, N.J. - Police are asking for the public's help locating a teenage girl missing from Camden since Sunday night.

Evelyn Aparacio, 13, was last seen at her home on the 800 block of Spruce Street in Bergen Square.

Aparacio is described as a Hispanic female who is 5-foot-1 and 120 pounds with brown eyes and black hair. She was last seen wearing a black shirt with pink, yellow and green lettering along with black pants, black sandals and a Victoria’s Secret fanny pack.

She is known to frequent Spruce Street, Cramer Hill and Cherry Hill.

Anyone with information on Aparacio's whereabouts is urged to call the Camden County Police Department tip line at 856-757-7042.