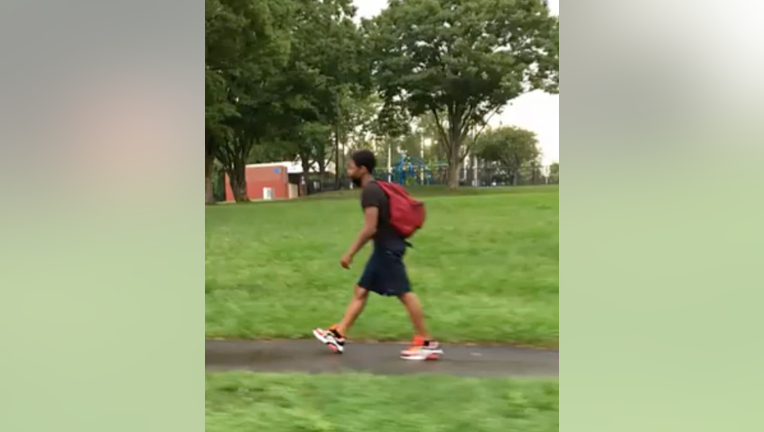 NORTHEAST PHILADELPHIA - Authorities are searching for a suspect accused of assaulting a man and stealing his wallet last week in Northeast Philadelphia.

Police say the incident happened Aug. 10 on the 9900 block of Frankford Avenue.

According to police, the suspect punched a 64-year-old man in the back of the head, which caused the victim to fall to the ground. The suspect then reached into the man's shirt and stole his wallet.

While fleeing southbound on Frankford Avenue, police say the suspect dropped the victim's wallet on the sidewalk.

The victim reportedly suffered a laceration on the right ear and scrapes on his arms.

Anyone with information on the suspect's whereabouts is encouraged to contact detectives at 215-686-8477.