A crash involving two police vehicles is under investigation in Wissinoming.

PHILADELPHIA - Authorities say a driver wanted for a road rage incident who lead police on a pursuit through Philadelphia was behind the wheel of a carjacked vehicle wanted in connection to a robbery and kidnapping in Pittsburgh.

Police Chief Inspector Scott Small told reporters that the 24-year-old driver allegedly pointed a gun at a couple while driving a Toyota Camry on the 200 block of Ann Street around 9 p.m. 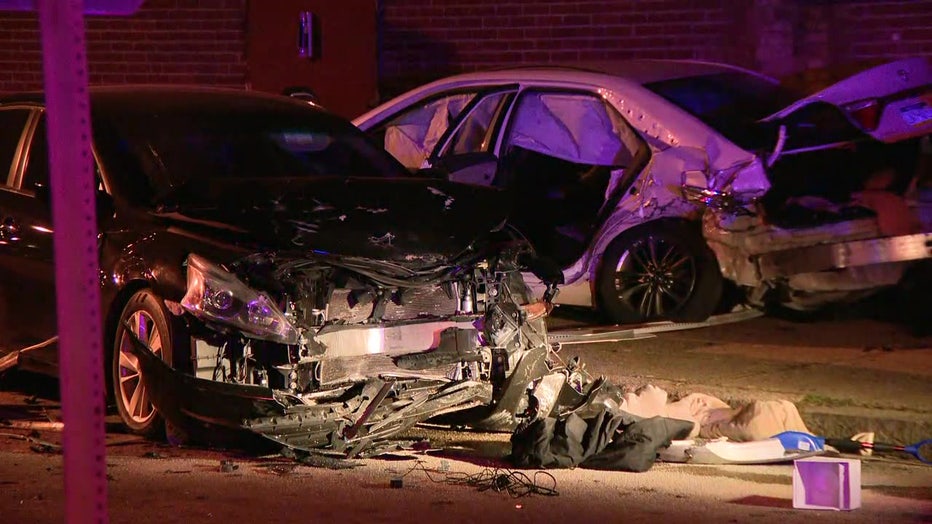 The couple retained the vehicle's information, including its license plate, and contacted police about the incident. Small said officers later pulled over the car on Jasper Street in Kensington.

During the traffic stop, Small said the driver got out of the vehicle, then got back into the driver's seat and sped away. Police pursued the suspect through Kensington into Northeast Philadelphia. 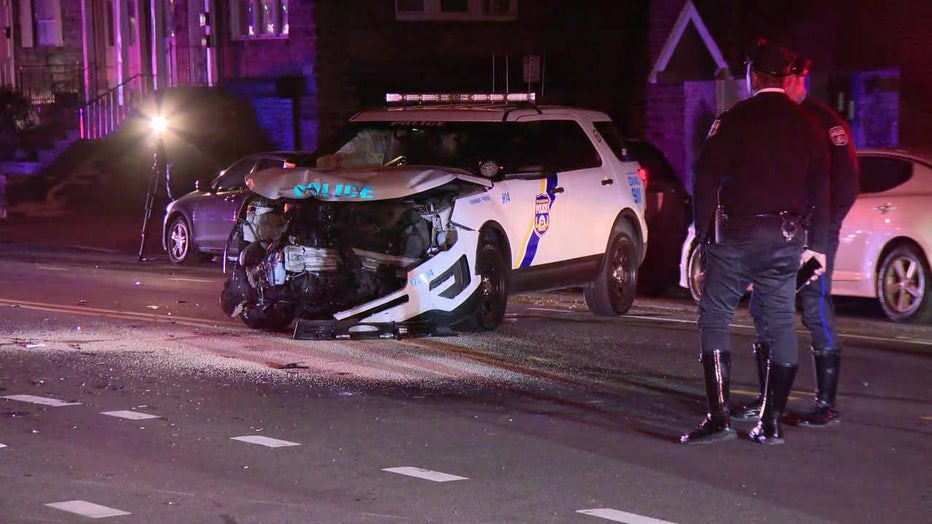 During the pursuit, Small said the suspect purposefully backed into a trailing police SUV with two officers inside. Those officers were not injured, Small said.

The chase continued for about three miles before the suspect again crashed into a police SUV on the 5400 block of Torresdale Avenue. The suspect's car slammed into several parked cars before coming to a stop.

The driver was taken into custody and positively identified by the couple who he allegedly pointed a gun at on the 200 block of Ann Street, Small said. He was then taken to Jefferson Hospital for treatment of minor injuries.

Upon investigating the suspect's Toyota Camry, investigators discovered that the vehicle was carjacked out of Pittsburgh. The vehicle is also believed to have been involved in a kidnapping and robbery in Pittsburgh.

"We're not certain if the operator of the vehicle was the person involved  three days ago, but we're sure that this is the same vehicle that was taken in the robbery
and carjacking and was involved in the kidnapping because the license plate and everything else matches," Small said.