FOX 29's Chris O'Connell has more on a double shooting in Kensington that injured a teen and another man.

KENSINGTON - Philadelphia police said a suspect is in custody after two people, including a 17-year-old girl, were shot Sunday afternoon in Kensington.

Officers were called to the 2900 block of Amber Street just after 4 p.m. for reports of a shooting.

Police said a 17-year-old girl was shot once in the back while sitting inside a residence and a 25-year-old man was shot twice in the abdomen outside the home. 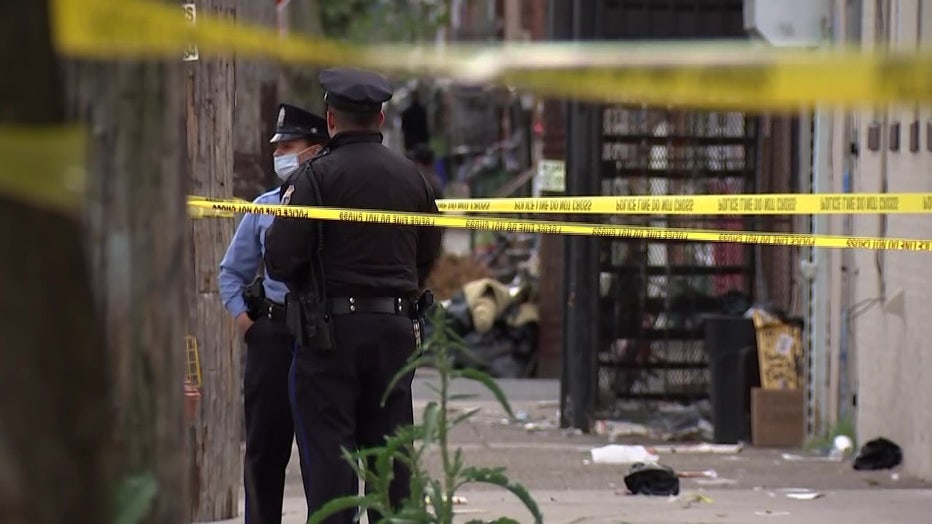 Police said a teenage girl was wounded in a double shooting Sunday afternoon in Kensington.

Both victims were taken to the hospital and placed in stable condition, according to police.

Police have not said what lead to the shooting. No information was provided about the suspect.