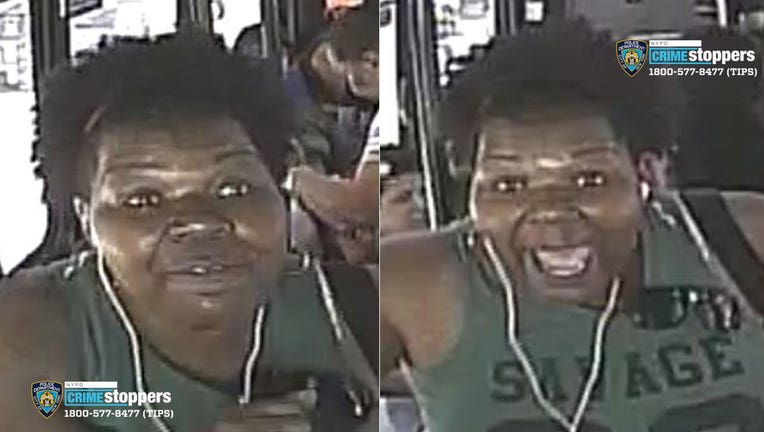 NEW YORK - Police say a 71-year-old man was pushed off an MTA bus by a woman in the Bronx.

The BX 2 bus had stopped in front of 385 East 149th Street when the woman pushed the elderly man, according to police.

The assault occurred on July 9 at about 12:45 p.m. It was not clear what lead to the incident.

The elderly man suffered an injury to his elbow but refused medical attention.

Photos of the woman were released by the NYPD.

The public can also submit their tips by logging onto the CrimeStoppers website at WWW.NYPDCRIMESTOPPERS.COM, on Twitter @NYPDTips or by texting their tips to 274637 (CRIMES) then enter TIP577. You can remain anonymous.