Popular city park closed due to elevated levels of lead

Parents are upset after learning an athletic field at a popular city park will likely stay closed for the summer due to elevated levels of lead.

SOUTH PHILADELPHIA - Parents in the Point Breeze neighborhood say they got the news they did not want to hear at the start of summer break.

They learned that Chew Playground's large athletic field, the only real large open area for children in the neighborhood to play in, will likely stay closed for the summer. 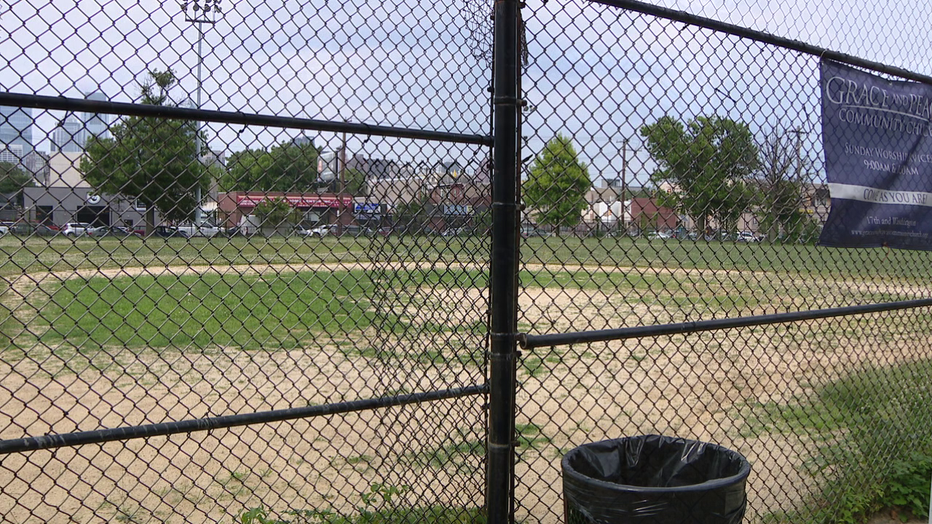 Just a few weeks ago, the city's Parks and Recreation Department says as they were preparing the field to undergo renovations as a city Rebuild site, they discovered elevated levels of lead in a part of the field's soil.

Some parents say they showed up to the park and noticed the field was closed off and locked without any explanation.

"It took me about two weeks to get some final information about it," says Liz Jacobson. "You really should be transparent if there's something going on in your neighborhood playground."

A Parks and Recreation spokeswoman says they did notify permit holders but wanted to hold a meeting to inform everyone else.

According to the Department of Health, swallowing or breathing in lead, especially as a very young child, can result in lead exposure.

However, they are not aware of any cases of lead poisoning from a park or playground in the city, and the number of children in Point Breeze with elevated lead levels is half of what it is across the city.

"We didn't have any evidence that this park was a particular risk," says Dr. Caroline Johnson, Deputy Health Commissioner. "Our approach is always prevention, we want to make sure we don't allow anything to happen."

Some parents at Wednesday's meeting called on city leaders to be more transparent in the future, and to test additional city parks.They say they plan to first focus on additional testing at Chew Athletic Field, develop a remediation plan, and then renovate the field.