New research from Washington State University finds that people who post selfies more than those who don’t are viewed as less successful, more insecure and less likeable.

LOS ANGELES - You might think a solid selfie screams “self confidence,” and “likeability,” but new research from Washington State University finds that people who post selfies more than those who don’t are viewed as less successful, more insecure and less likeable.

The researchers also found that people who posted more “posies,” or photos of themselves taken by other people, were perceived as more successful and confident.

Study participants were broken into two groups, the first using Instagram posts from 30 undergraduates from a public university in the southern United States who were also asked to complete a personality questionnaire. 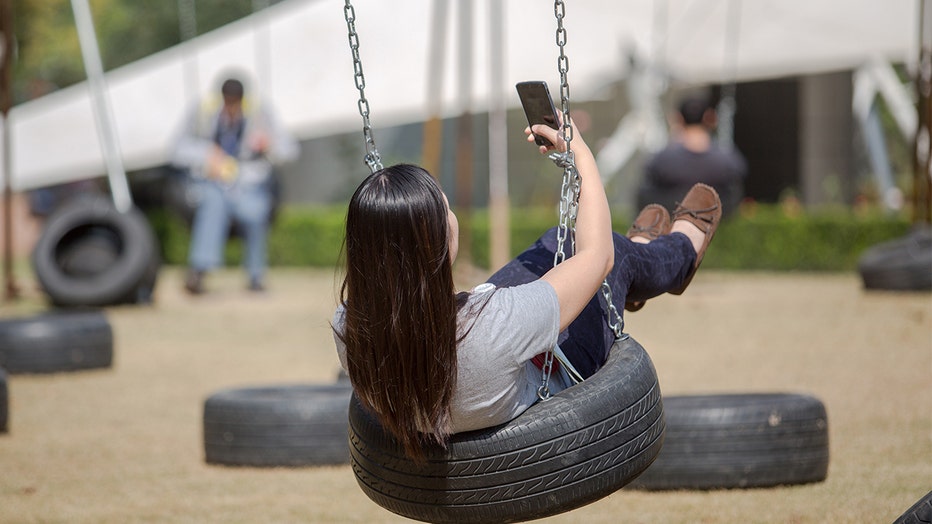 FILE - A girl sits on a swing taking selfies. (Photo by Zhang Peng/LightRocket via Getty Images)

The second group of students consisted of 119 undergraduates from a university in the northwestern United States who were asked to rate the Instagram posts of the first group based on a criteria that included low self-esteem, success and self-absorption.

The study also found that negative perceptions were particularly focused on selfies that showed off physical appearance like flexing in the mirror.

Researchers also found that the older the participants in the second group were, the more negative they were in rating the various profiles from the first group.

"It may be that posing for an image and then posting it is indicative of a desire to present a relatively crafted image and to feel part of one's social circle," the authors wrote.