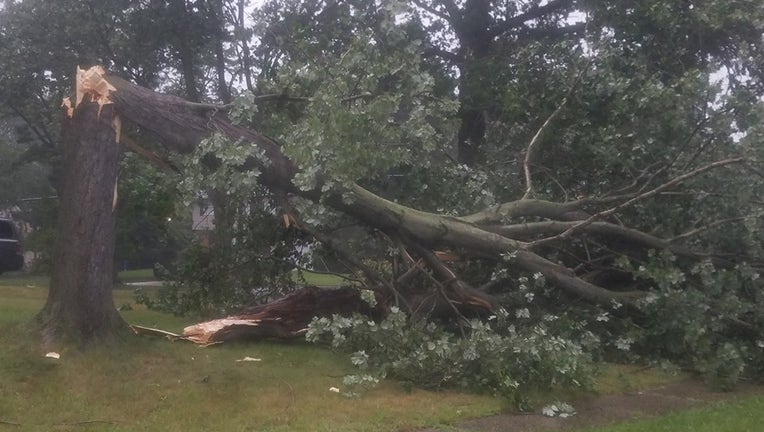 TRENTON, N.J. - Storms broke the heat in the Northeast and Midwest but also knocked out power to thousands and caused flash flooding in some areas.

Utilities in New Jersey say around 225,000 homes and businesses didn't have electricity Tuesday morning. Crews in Michigan were working to reconnect about 100,000 customers who still didn't have power.

The storms in New Jersey packed wind gusts of 60 to 70 mph (95 to 110 kph) and downed trees and power lines. Several trees fell on homes, though no injuries were reported.