Trump, Vice President Mike Pence and the first lady greeted the press in the Rose Garden. 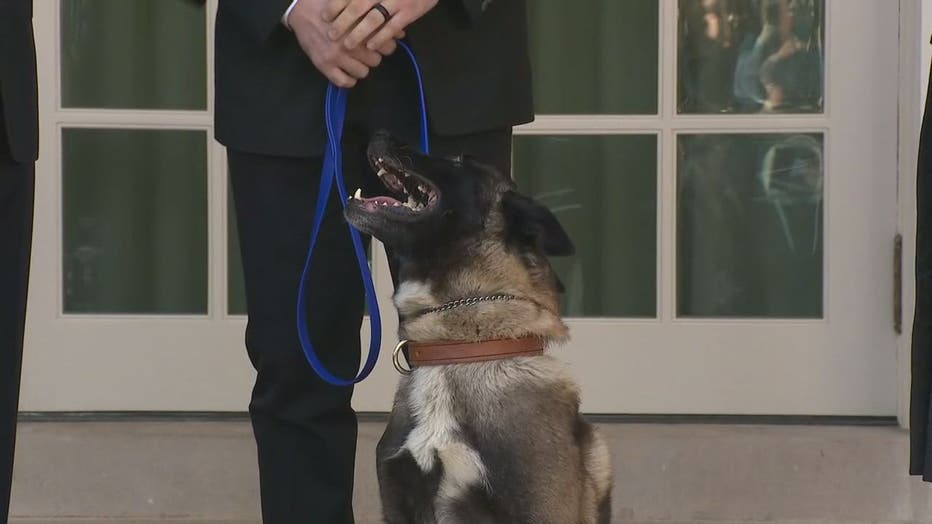 Trump said "Conan" received a medal and a plaque.

Conan was hurt during the mission after being exposed to live electrical wires while pursuing Baghdadi through a tunnel underneath a compound in northwestern Syria, Gen. Frank McKenzie, who leads U.S. Central Command, said.

The dog, who has worked with special operations forces for four years and taken part in about 50 missions, has since returned to active duty. 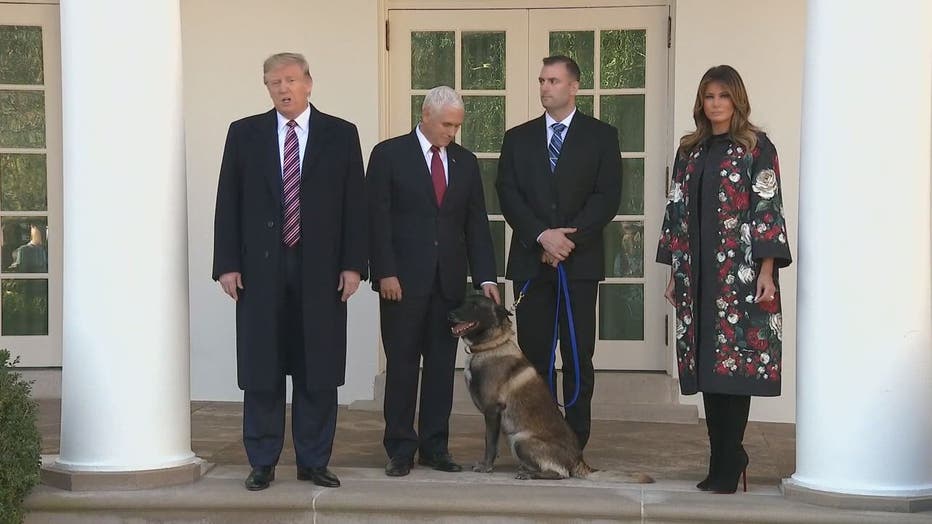