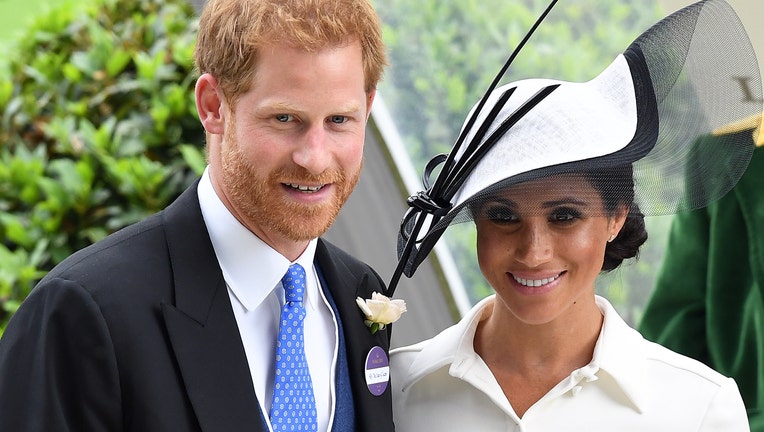 The Duke and Duchess of Sussex, Prince Harry and Meghan Markle, are shown in a file photo. (Photo by Anwar Hussein/WireImage)

WASHINGTON - Prince Harry has announced another new job on Wednesday, his second in as many days.

The Daily Mail reported the Duke of Sussex is joining the Aspen Institute's new Commission on Information Disorder headquartered in Washington, D.C., as the "commissioner of study on misinformation" along with Kathryn Murdoch, the wife of Rupert Murdoch's son James, who resigned from his father's media empire last year.

The commission is funded by billionaire Craig Newmark, who founded Craigslist.

"As I've said, the experience of today's digital world has us inundated with an avalanche of misinformation, affecting our ability as individuals as well as societies to think clearly and truly understand the world we live in," Prince Harry said in a statement, reported by the Daily Mail. "It's my belief that this is a humanitarian issue and as such, it demands a multi-stakeholder response from advocacy voices, members of the media, academic researchers, and both government and civil society leaders. I'm eager to join this new Aspen commission and look forward to working on a solution-oriented approach to the information disorder crisis."

On Tuesday, Prince Harry first joined the corporate world as the "chief impact officer," at BetterUp, based in San Francisco, a mental health firm that works with employees from companies including Mars, AB InBev and LinkedIn on coaching and mental health services.

BetterUp CEO Alexi Robichaux said the Duke of Sussex is a good fit for the company because of "his model of inspiration and impact through action."

The financial terms of both his new jobs were undisclosed.

Prince Harry and his wife, Meghan Markle, have been working on detangling their lives from the British royal family and are living in California. They signed a deal to create content for Netflix and are creating podcasts for Spotify.

The couple both stepped back from their roles as full-time working members of the British monarchy and earlier this month, they gave an interview to Oprah Winfrey detailing their account of life inside Buckingham Palace.

The couple said they encountered racist attitudes and a lack of support that drove the duchess to thoughts of suicide.

They also painted a deeply unflattering picture of life inside the royal household, depicting a cold, uncaring institution that they had to flee to save their lives.

The Associated Press contributed to this story. This story was reported from Oakland, Calif.