WEST CHESTER, Pa. - A program that helps students with intellectual disabilities at West Chester University is in desperate need of funding.

Nate Seagraves is a senior at West Chester. He’s a student in a two-year-old pilot program called the RAM initiative or Real Achievement Matters, which is a certificate program for students with intellectual disabilities such as Down syndrome. College is a dream come true for Nate.

"I love coming here every day when I’m not home I miss my dog a lot, but I mostly love being on campus I love it," he told FOX 29. 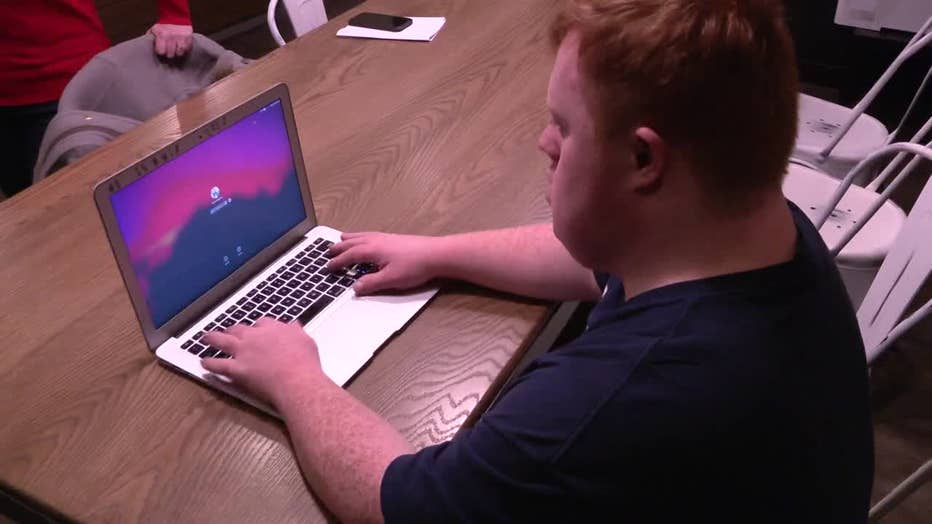 West Chester University recently announced that the program was in limbo. The initial grant funding for its three existing students is running dry. They need to raise $100, 000 annually to keep it alive.

Deputy Provost Jeffery Osgood donated $5,000 of his own money to support the program. He says the community’s response has been overwhelming.

"It was a real indicator to us that we’d be able to sustain the program through university resources and resources donors," he said.

"This isn’t something that any of us want to walk away from," Nate's mom, Carolyn, said.

Carolyn is among the many supporters fighting for this inclusive college experience that’s helping her son learn independence.

"It's really blown me away at how much he’s grown in this program independently, intellectually, socially," she said.

Nate has an on-campus job and a photography internship with the West Chester University Foundation. He takes singing lessons and loves hanging out with his friends. He even has an Etsy shop where he sells his photographs.

Nate is just months away from his college graduation.