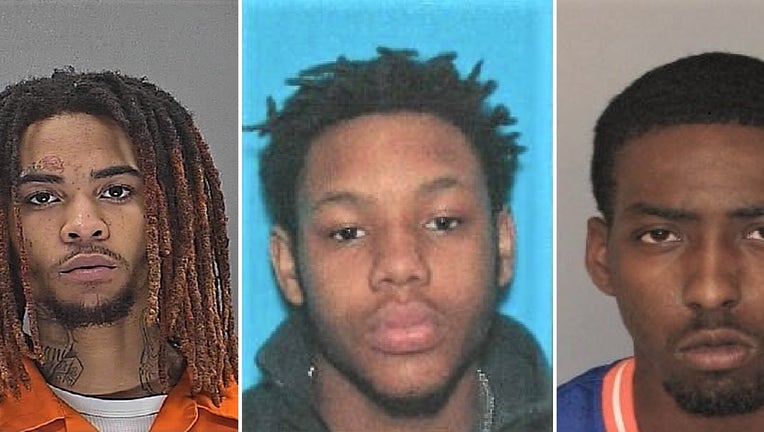 Authorities say two of the suspects are in custody and a third is being sought.

Zahire Williams, 19, was arrested in Burlington Count while appearing in municipal court for an unrelated charge. Authorities say Williams gunned down 20-year-old Kion Edwards on the 200 block of York Street last Sunday morning. Williams has been charged with first degree murder and related charges.

Philadelphia Highway Patrol reportedly arrested 20-year-old Lowell McCown on Tuesday near the 1500 block of Stevens Street. He has been changed with once count of first-degree Conspiracy to Commit Murder.

The third suspect, 23-year-old Marcus Mackroy-Davis, is still being sought by authorities. The Westhampton man has been charged with first-degree Conspiracy to Commit Murder.

Anyone with information on this incident is encouraged to contact Burlington Police Department's Criminal Investigation Division tip line at 609-386-0262.