Authorities say a blaze that tore through Old City last year was set by two brothers who owned a business there and wanted to collect insurance money.

PHILADELPHIA - US Attorney William M. McSwain announced Thursday that two brothers have been charged with planning and starting a fire that torched an Old City multi-purpose building nearly two years ago.

Prosecutors unsealed a 10 count indictment that charged Imad Dawara, 39, and Bahaa Dawara, 31, with intentionally starting a fire inside their business, RCL Management LLC, in an effort to receive insurance money. 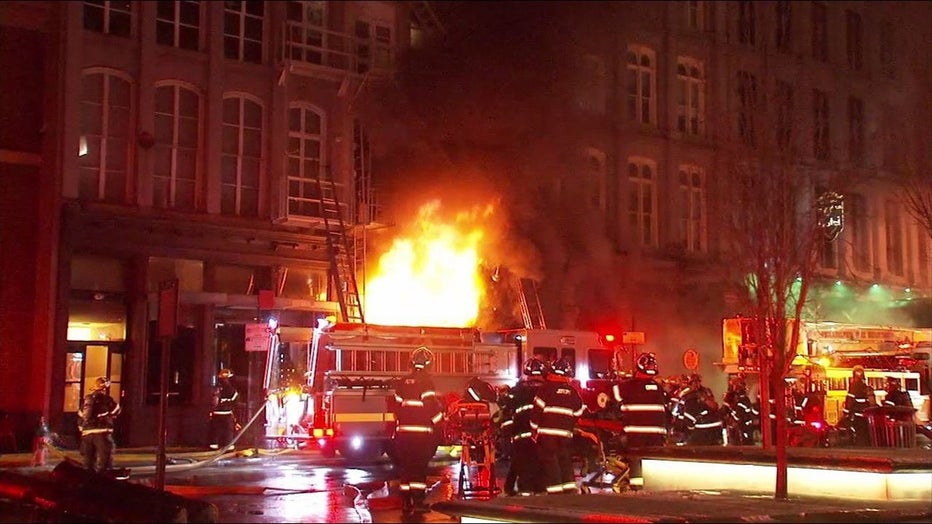 Following an extensive investigation of the crumbled remains of the building, officials from the Bureau of Alcohol, Tobacco, Firearms and Explosives (ATF) concluded the fire was "incendiary in nature."

According to investigators, between 2012 and 2018 the Dawara brothers owned and operated several struggling businesses and entertainment venues at the building on 239 Chestnut Street.

The investigation laid out a tense relationship between the brothers and their landlord that reached a head in Jan. 2018, when the brother were served an eviction notice for to $64,000 in overdue payments.

McSwain says on the same day the Dawara's received an eviction notice, Imad purchased insurance for the property. The Dawara's reportedly did not have insurance on any of their businesses for over a year.

The investigation alleges that Imad repeatedly asked how he would be paid if there was a fire. The Dawara's insurance policy covered accidental fire in the amount of $750,000, which consisted of $500,000 for property damage and $250,000 for business interruption, according to the charges.

The four alarm blaze erupted on the 200 block of Chestnut Street during the early morning hours of Feb. 18. Investigators say the blaze was intentionally started by Bahaa with a gasoline accelerant in the basement of their business. 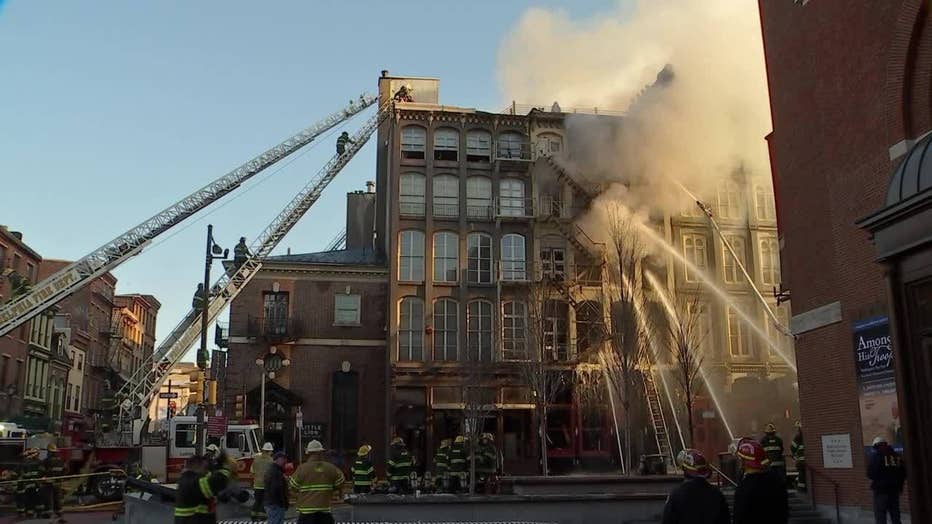 Over 150 people were displaced and several businesses were impacted. The 200 block of Chestnut Street was closed to traffic for months following the fire and affected areas were considered collapse zones.

The brothers were arrested Wednesday night at Philadelphia International Airport and remain in federal custody.