PHILADELPHIA - President Donald Trump was in Philadelphia for a town hall at the National Constitution Center.

The president arrived Tuesday evening surrounded by a sea of blue. Police officers and Secret Service were on hand as bike patrols circled the entire area. Block after block was locked down and traffic was rerouted due to the president's visit.

Opposing groups of protesters gathered outside the National Constitution Center in Philadelphia, hours before the event.

Dozens of Trump opponents held signs stating messages such as “Black Lives Matter” and “Trump/Pence out now” while chanting “We will not stop until they are gone” and other slogans. They were met by a smaller group of Trump supporters who waved his campaign flag. 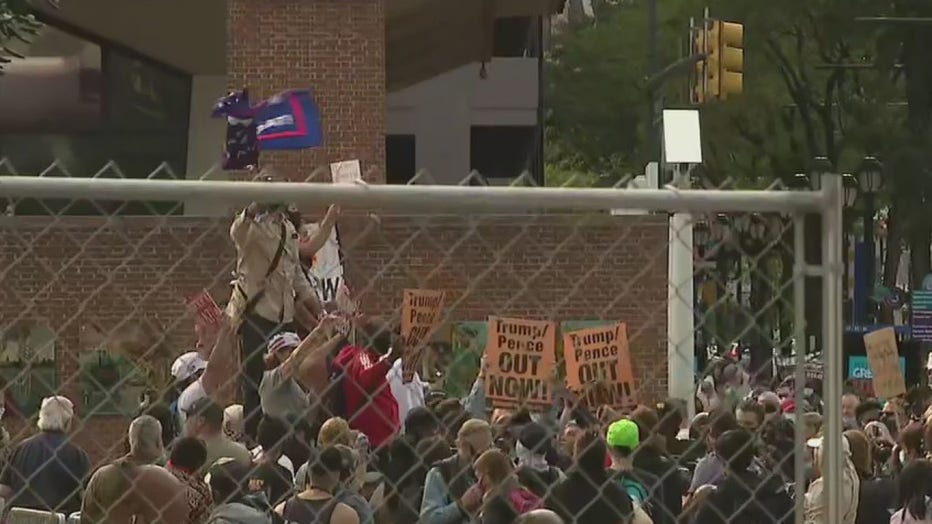 The opposing groups exchanged derisive comments, but no physical confrontations were reported. A line of Philadelphia bike police were on scene to keep the groups separate.

MORE: Security increased ahead of President Trump's visit to Philadelphia

Protesters gather in Old City ahead of Trump’s town hall