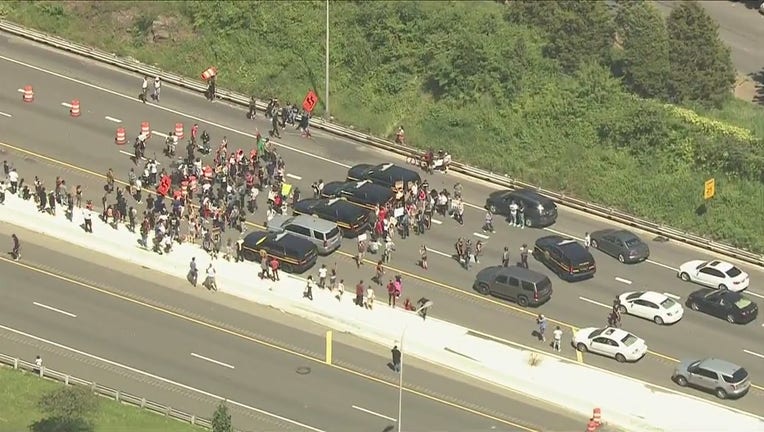 The demonstrators remained peaceful. Some were seen holding signs, while others were lying down in the roadway.

State police were on the scene attempting to deescalate the situation and usher backed up traffic off the highway.

The protest in Delaware was one of many carried out across the nation in response to the death Monday of George Floyd. His arrest was caught on camera and he could be heard saying “I can’t breathe” while a white officer, Derek Chauvin, pressed his knee on Floyd’s neck for nearly nine minutes. Chauvin was charged Friday with third-degree murder and second-degree manslaughter.