Premature baby born at 23 weeks amazes doctors with his progress

Jaden was born when his mother, Ellonn Smartt, was 23 weeks and one day into her pregnancy, making him what medical professionals refer to as “extremely preterm.”

DES MOINES, Iowa - When Jaden Wesley Morrow was born on July 11, he was 17 weeks early. Weighing in at just 13 ounces, the odds weren’t in his favor, but he quickly surprised doctors with his resilience and strength, prompting them to describe him with terms like “amazing” and “remarkable.”

Jaden was born when his mother, Ellonn Smartt, was 23 weeks and one day into her pregnancy, making him what medical professionals refer to as “extremely preterm.”

Premature babies are those born before the start of the 37th week of pregnancy, and the earlier a baby is born, the higher the risk of complications. The American Academy of Pediatrics calls any VPT, or very preterm birth ( before 32 weeks), “a medical emergency associated with life-threatening complications,” which is why babies like Jaden need to be kept in the NICU with near-constant monitoring. 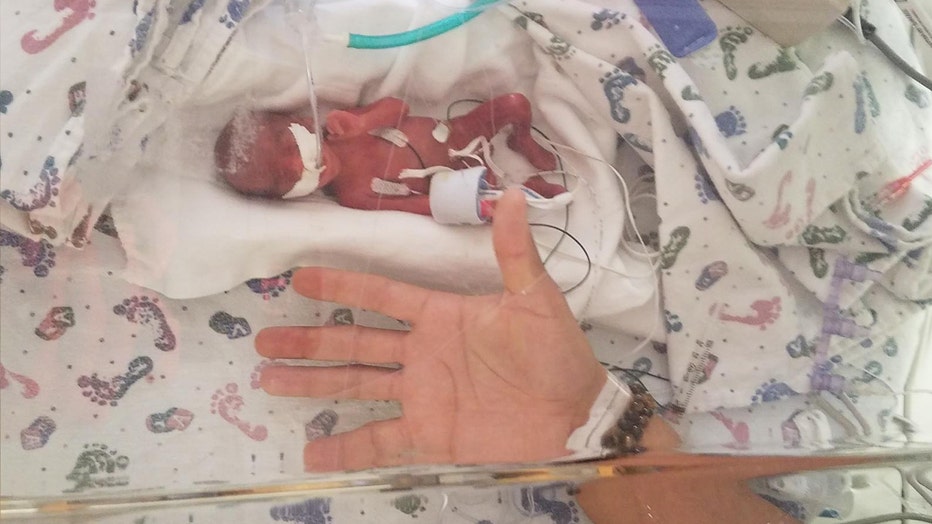 Jaden Wesley Morrow, born at 23 weeks and weighing just 13 ounces, is photographed next to an adult hand during the first week of his life. (Photo courtesy of Ellonn Smartt)

At 23 weeks, a baby’s lungs, heart, gastrointestinal tract and digestive system are not yet fully developed, making them extremely susceptible to infections and other complications.

Though the odds were not in his favor, Jaden’s progress has been remarkable.During his first few days, Jaden lost about 15 grams (about a half of an ounce), but he was able to drink a little of Smartt’s breast milk at 2 days old, according to a CaringBridge page that is being updated by Smartt and Jaden’s father, Jordan Morrow. By July 15, Jaden broke 1 pound, weighing in at 1 pound, 1 ounce.

It wasn’t until July 18, more than a week after giving birth, that Smartt was able to touch Jaden during feeding and changing time.

The next day, Jaden wiggled his toes when he heard Smartt’s voice.

On July 19, Jaden's bili lights (which are used to treat newborn jaundice) were removed. (Photo courtesy of Ellonn Smartt)

It’s common for babies born at 23 weeks to develop bleeding in their brains, and regular tests have to be performed to catch it. When doctors performed an ultrasound on Jaden on July 17, his results came back clear.

“Jaden has had to have 14 blood transfusions in his first week of life,” Smartt wrote in a Facebook post on July 21. “For those that give blood, you have no idea how much you really do...We love and appreciate you all.”

“Today I had an echo test for my heart again,” Smartt and Morrow wrote on Jaden’s CaringBridge page on July 22, “The first one I had last week, showed a large opening between two blood vessels leading to my heart. (normal for preemies) The Dr. gave me medicine, and it went from large to SMALL YAY!! When I get bigger it should close on its own.” 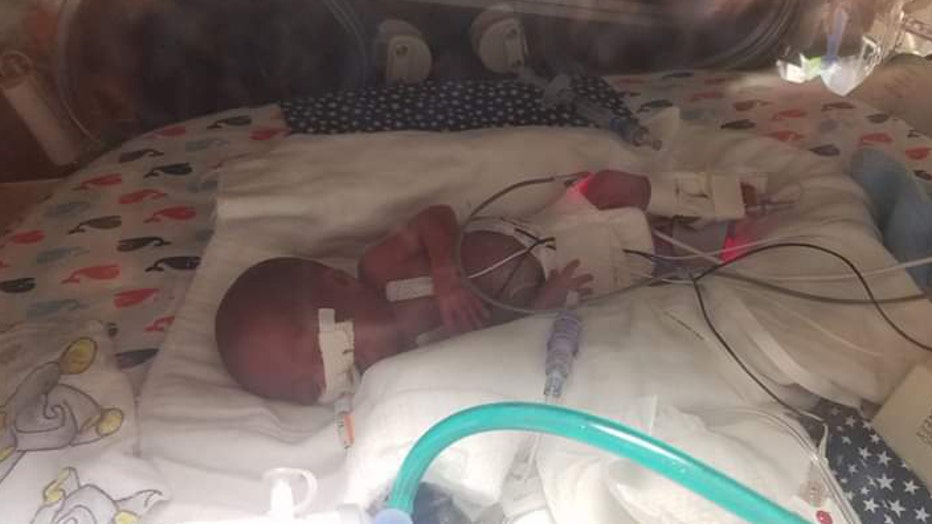 The family still has a long road ahead of them as Jaden continues to grow stronger and healthier, but his progress thus far has given his parents plenty of hope.

On July 25, Jaden opened both of his eyes for the first time. 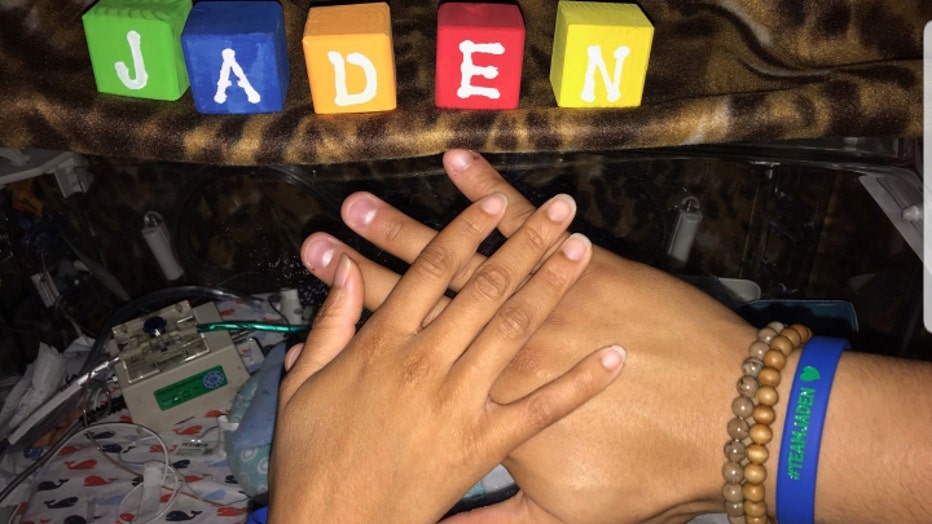 Jaden's parents hold their hands above his incubator, displaying bracelets that read "My feet are small, but I do not walk alone. #TeamJaden." (Photo courtesy of Ellonn Smartt)

Smartt and Morrow posted a photo to the GoFundMe that they started for Jaden of both of their hands above Jaden’s incubator. They’re wearing bracelets which read, “My feet are small, but I do not walk alone. #TeamJaden.”