FOX 29's Joann Pileggi has more on what prompted law enforcement to swarm a home in Deptford, New Jersey on Saturday.

DEPTFORD, N.J. - Reports of gunshots at a home in Deptford on Saturday prompted a massive police presence and forced nearby residents to shelter in place for several hours.

The Deptford Township Police Department on Saturday afternoon ordered residents near Hurffville Road and Pasadena Avenue to remain inside due to an "active investigation."

As officers were responding to the scene, multiple gunshots were heard. Upon arrival at the scene, officers determined that an incident had occurred where a Michael F. Dorazo, 41, of Glendora, N.J. had forced entry, brandished and discharged a handgun, and subsequently fled the residence on foot into the surrounding neighborhood.

Dorazo was armed with multiple firearms, including two handguns and a high-power, high-capacity assault weapon. 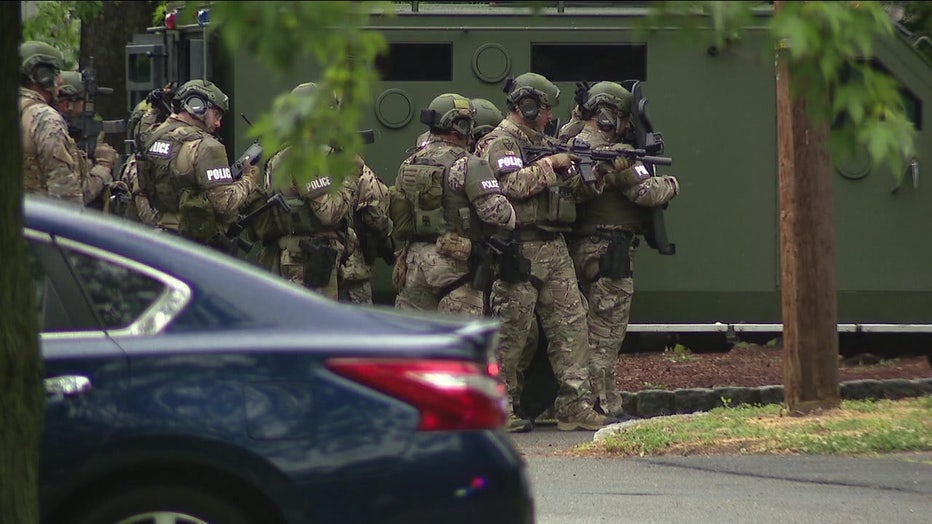 Reports of gunshots at a home in Deptford, New Jersey prompted a massive police response on Saturday.

An extensive search for Dorazo was initiated without pause at multiple locations, eventually Dorazo was found but did not comply with police officers.

At one point, it appeared he was trying to discharge his handgun at police officers when he was subsequently tackled and arrested.

Dorazo has been charged with a number of offenses, including Attempted Murder, Burglary During Commission of an Attempted Murder and Domestic Violence Incident, Certain Persons Not to Possess Firearms, and Possession of Firearms for an Unlawful Purpose. He is also charged with Resisting Arrest due to his actions during his apprehension.

Dorazo was remanded to the custody of the Salem County Correctional Facility pending an initial appearance.

Authorities lifted the shelter in place order around 9 p.m. and assured residents that there is no threat to the public.

The Gloucester County Prosecutor's Office is spearheading the investigation.