SEATTLE - Apple is teaming up with researchers at the Seattle Flu Study and the University of Washington to test if everyday devices, such as an Apple Watch or an iPhone, can be used to predict illnesses like COVID-19.

The Seattle Flu Study is an infectious disease surveillance program started by the Brotman Baty Institute and researchers at The University of Washington School of Medicine (UW Medicine), the Fred Hutchinson Cancer Research Center, and Seattle Children’s, to track the spread of bacterial and viral respiratory infections in the Seattle area.

The study, which was announced in September of 2020, has officially started enrolling participants to "learn if physiological measurements from Apple Watch, like heart rate or blood oxygen, can be used to detect signs of acute respiratory infections, such as influenza and COVID-19, early," according to a UW Medicine news release. 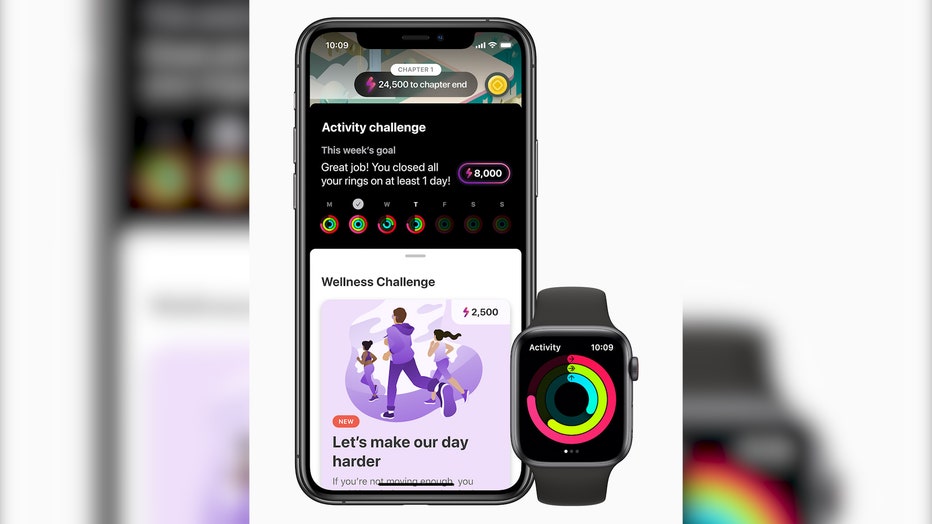 Recruiting is currently only taking place in the Seattle area and applicants must have a "higher than normal risk of respiratory illness because of frequent exposure to other people through work or other activities, health conditions, or other factors," according to the study’s eligibility website.

Participants must also own their own Apple iPhone (6s or above), be 22 years of age or older, speak and read English and must be available for up to six months.

RELATED: Artificial intelligence, like algorithms, could crack the language of cancer and Alzheimer’s, study finds

People who are eligible will be given an Apple watch to wear which will keep track of the participant's health and activity for the duration of the study.

Researchers will utilize reminders such as handwashing through the Apple Watch and "will seek to learn how behavioral interventions like these could prevent one’s likelihood of developing viral infections."

"This will be a first-of-its-kind study that will allow scientists to draw a relationship between associated symptoms, signals from Apple Watch and iPhone, and test results for influenza and COVID-19 which act as ground truth," according to the study’s eligibility website.

"At Apple, our goal is always to empower our users to better manage their health. We’re humbled Apple Watch and iPhone are being used to spearhead this important clinical study," said Dr. Sumbul Desai, Apple's vice president of health. "We are thrilled to collaborate with the University of Washington School of Medicine researchers, who have been at the forefront of respiratory infection investigations."

To apply to be a participant in the study, go to www.seattleflu.org/applerespiratorystudy and check your eligibility.